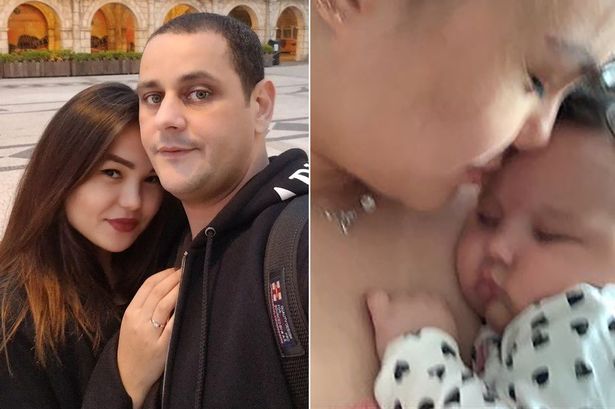 A horrible incident has been reported that British commercial pilot faced an Incriminations about “he was drunk and then murder his baby daughter by fractured the skull at a luxury hotel in Kazakhstan.

The court had been shown harrowing CCTV evidence of Sophia’s mother carrying her unconscious baby into the hotel lobby, before she collapsed. A judge today rejected the London-born pilot’s claim that Sophia was fatally injured in an “accident” resulting from an “epileptic fit”.

The wounds were caused by “repeated impact with hard objects and surfaces, and could not be obtained from a fall”, judge Bakhytkhan Bakirbayev said.

There was “no evidence” Barakat had previously suffered from epilepsy, he added.

42 years old Barakat shocked at the verdict in the Zoom trial and his wife also with him at Almaty city court. She had earlier changed her testimony to call on the judge to find her husband not guilty, telling the trial she wanted to have more children with him.

But her maid at the five-star InterContinental Hotel disclosed all the matter and she added, “heard the sounds of banging on the wall, after which the crying of the child fell silent,” a court statement issued following the sentencing said.

Madina had earlier fled the hotel room after Barakat beat her, according to witnesses.

The maid went back inside and picked up the baby who was lying on the floor.

She “carried the child unconscious in her arms,” the statement said.

A receptionist had recalled how Sophia was “always smiling” after the family checked into the plush hotel.

Shocking CCTV evidence shown to the trial captured Madina carrying the baby into the lobby.

Ten witnesses told how she claimed her husband had killed the child, the judge said.

The child was ‘blue’ and ‘motionless,’ witnesses said.

The mum had shouted: “He killed my child, he hit her,” according to one hotel staff member.

Madina collapsed in the lobby as staff called medics, but her daughter could not be saved.

Barakat had insisted he was innocent, as his legal team claimed he had not received a fair trial due to procedural errors in the case.

Their attempts to seek a fresh investigation and have the judge replaced were unsuccessful.

“It means you will put an innocent man in prison….”

He said: “I would never hurt my own daughter.”

Barakat said: “I was the first person who saw Sophia coming into this world…

“I was going to teach her how to fly…”

Reversing her previous testimony, Mdina said: “I have no claims against my spouse Mohamed Barakat.

“He could not hurt our child and moreover he was not capable of committing the crime.

“Mohamed is the most loving and caring husband and friend.

“I love him with all my heart.”

She pleaded: “You would probably think what kind of woman am I who protects her spouse who allegedly killed the child.

“However, this was not an intentional crime, he is not simply capable of causing harm, especially to Sophia.”

What happened at the hotel “could only be death by negligence during an epileptic seizure.

“Mohamed would not hesitate to give his life for Sophia.

“She was everything for him… It was an accident.”

Barakat’s sister, Sara, said by video link from Britain that the pilot “must have suffered a seizure”. She said: “We have no doubts in our minds or in our hearts that he is innocent.”

Miley Cyrus Reveals The Safest Way To Have S*x & Not Get COVID; Check Out