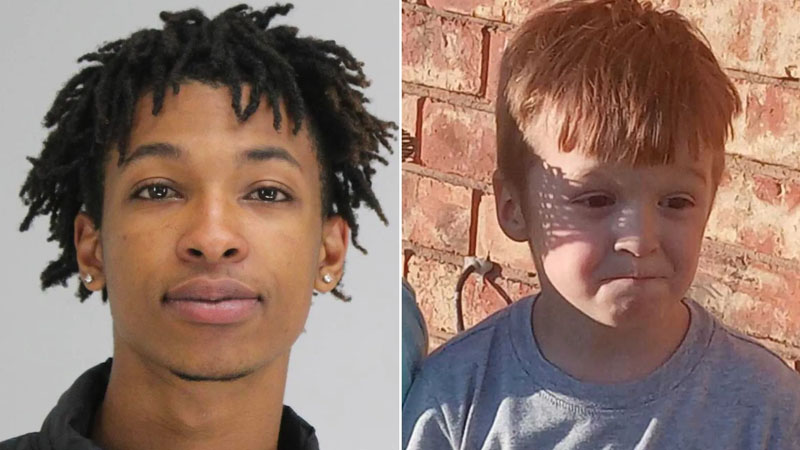 Darriynn Brown was arrested and was being held in Dallas County jail on Monday on charges of kidnapping and burglary. Police say they anticipate additional charges pending the results of a forensic analysis.

According to the details, an 18 year-old suspect has been arrested for allegedly breaking into a Dallas home and kidnapping a sleeping 4- year-old boy who was later found dead on a street, authorities said Monday.

A Texas woman says a suspect in her murdered son’s kidnapping entered her home as the 4-year-old slept, and that surveillance video shows the man breaking through a back door. The boy, who the woman identified as Cash Gernon, was found dead in the street just before 7 a.m. Saturday, Dallas police confirmed to PEOPLE.

Brown is being held in Dallas County jail on a $750,000 bond, according to online jail records, which do not list an attorney who might speak on his behalf.

An initial WFAA report the accused kidnapper was wearing an ankle monitor at the time of the abduction is inaccurate, according to the Dallas County Sheriff’s Office.

Surveillance video also captured the kidnapping, the guardian added. Investigators asked neighbors Sunday for any additional footage to help them piece together what happened, WFAA reported.

“Hard to believe,” neighbor Jose Ramirez said of the boy’s slaying. “I don’t think [Brown] was in his right mind.”

“They were back in the alley, looking through trash containers to see if they could find any type of evidence,” he told WFAA. “They went down the street, and they spent a good time down there.”