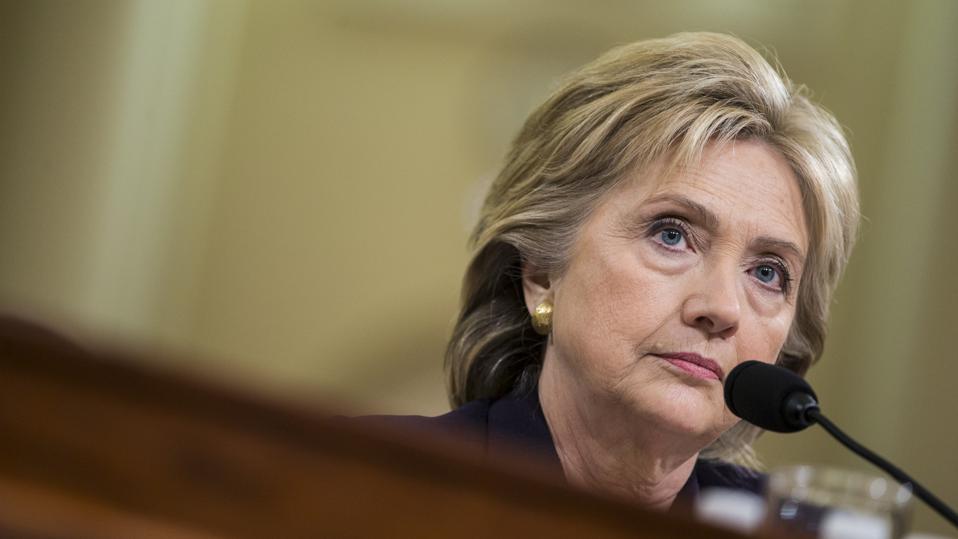 As Fitton explained Friday, the Supreme Court has declined to take up Judicial Watch’s challenge to an appellate court ruling which Fitton has described as “protecting” Hillary Clinton. In fact, whereas DC District Court Judge Royce Lamberth granted Judicial Watch’s FOIA request, and ordered for Hillary Clinton’s deposition, Clinton “received extraordinary relief [from the appellate court] in a way that undermined the Freedom of Information Act.”

“Now it’s really outrageous,” Fitton stated. “Judicial Watch has engaged in significant historical work on the email scandal, but when the Supreme Court ratifies a decision that gives special protection to Hillary Clinton, it’s disturbing.” The case, however, “isn’t over,” according to Fitton. “We’re still fighting in the lower court for additional discovery that’s already been granted.”

As Fitton continued, “they [the State Department and Justice Department] knew about the Hillary Clinton scandal, but didn’t tell the American people, Judicial Watch, or the Courts.” The ongoing obstruction on the part of these agencies is what Fitton argues led Judge Lamberth, “who was outraged by all the misconduct,” to grant Judicial Watch “so much discovery.” As Fitton noted in the latest Judicial Watch Press Release on the matter:

“Hillary Clinton ignored the law but received special protection from both the courts and law enforcement. For countless Americans, this double standard of justice has destroyed confidence in the fair administration of justice. Americans would never have known about Hillary Clinton’s email and related pay for play scandals but for Judicial Watch’s diligence. We expect that the Biden State and Justice Departments will continue to protect her and cover up their own misconduct as we press for additional accountability through the courts.”

“It’s disappointing not to get Mrs. Clinton’s deposition,” Fitton noted. This was the most significant Freedom of Information Act case in American history … and the courts dropped the ball.” While this decision may come as a set-back to many, Fitton reminds viewers that Judicial Watch’s work on this case “is not over.” “The litigation will continue in the lower courts and we’re still going to be pursuing it. We’re not going be able to get Hillary Clinton to testify, but her top aide, Cheryl Mills is still supposed to testify, at least as of now.”

Encouragingly, Fitton concluded by stating that “the answer isn’t to despair. The answer is just to keep on working on behalf of the American people.”