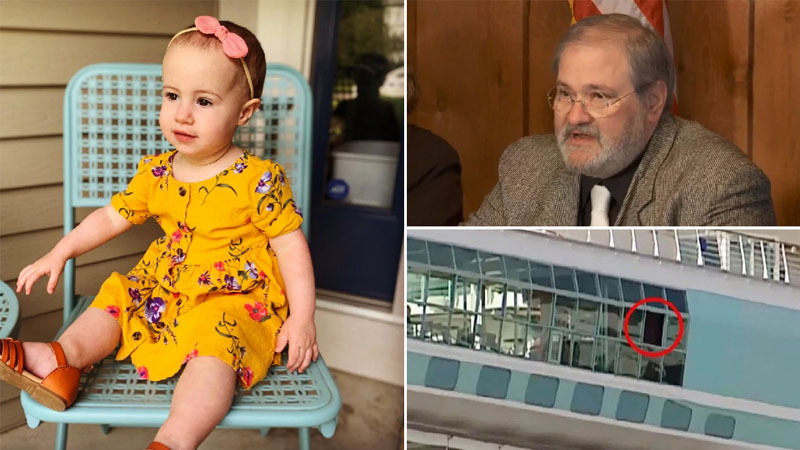 A man who dropped his toddler granddaughter from a cruise ship window to her death has been spared jail.

Eighteen-month-old Chloe Weigand died when she fell from her grandad Salvatore Anello’s arms through a window.

She fell from the 11th floor of Royal Caribbean cruise ship the Freedom of the Seas as it was docked.

He entered the guilty plea from his home in Indiana, US, and claimed he could not travel to Puerto Rico due to risks associated with Covid, according to Elvocero.

Yesterday, the Department of Justice for Puerto Rico said in a statement that Anello had been sentenced for the crime to three years on probation.

He was sentenced, they said, for ‘the negligent murder of the minor Chloe Wiegand.’

Previously, the grandfather said he picked up Chloe and held her over a railing on the 11th floor to look out a bank of windows on July 7, 2019.

Anello said he initially had the eighteen-month-old in a hug, but he then let one arm go as they both reached out to knock on the glass.

He said in an interview: “At that point, she slipped. I didn’t realise there wasn’t any glass until absolutely it was too late.

The toddler’s parents – Kimberly and Alan Wiegand – had defended Anello since the incident.

Last year they sued Royal Caribbean and accused the company of negligence.

That case has yet to be settled.