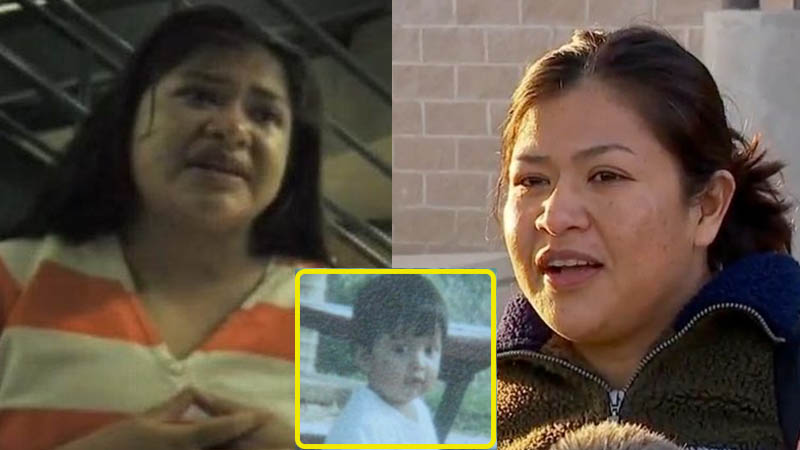 A women who has spent almost two decades behind bars has been released due to ‘irregularities’ in her trial.

She was arrested in 2003 after a toddler in her care began chocking on pieces of paper roll.

18 years later, and she has been released on the order of a Texas judge, according to Mexico’s foreign ministry, which has said there were “irregularities” in her trial.

The Mexican consulate in Austin contributed to legal fees in the course of her appeal. Consulate officials also attended her hearings and pushed for her case to remain under review, the ministry said.

On January 30, 2003, Jimenez knocked on her neighbour’s door asking for help, with 21-month old Bryan Gutierrez in her arms, and he died three months later.

She took care of her daughter Brenda at home, as well as Bryan for a mother who was in the country illegally.

After he was dropped off that morning, Jimenez said the two children napped and watch cartoons. She said they both had colds so she tore pieces of a paper towel off and wiped their noses with it.

The kids were then throwing the pieces at the TV, she says, while she made lunch.

Soon after, Bryan walked slowly towards her with his hand at his throat. When she realised he was chocking she tried slapping him on the back and to retrieve what was stuck with her finger, but the boy kept biting down hard.

The babysitter then went to seek help from a neighbour and the paramedics arrived. Finally, they managed to get a large mass of paper towels out of his mouth, the size of a large egg, writes Texas Monthly.

He was taken to hospital and put on a ventilator but the lack of oxygen had rendered him brain-dead, and he died three months later.

Jimenez was indicted for murder and convicted to 99 years in prison, alongside the 75-year jail term.

Her first appeal was denied and in 2010 another was filed challenging the fairness of the trial, and ‘ineffectiveness’ of her expert and lawyer.

Her latest appeal went back before the Fifth Circuit in 2020 where it sat for a year while judges considered the next move.

She has now been released, and the New York-based Innocence Project, which helps people who were wrongfully convicted, also worked on her release, the Mexican ministry said.