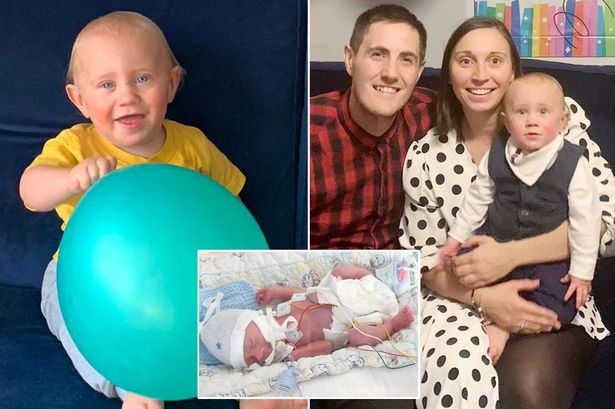 A baby born prematurely weighing the same as a loaf of bread has celebrated his first birthday.

Buddy Webb arrived before his lungs had developed and tipped the scales at 1lb 13oz.

His mother Rachel’s waters broke just 24 weeks and six days in to her pregnancy.

“Up until that point we were enjoying a low-risk pregnancy.”

After being rushed to A&E, Rachel was transferred to London’s Evelina Children’s Hospital, where medics tried to delay the birth to give Buddy time to grow.

But at 25 weeks and three days, she had an emergency caesarean due to a virus.

Paul said: “It was an emotional time.

“We didn’t know if he would survive.”

Buddy was on ventilators for three months as medics worked on him, and he is now developing well at home in Lewisham, South London.

Paul said: “To have him here with us celebrating his birthday feels like a miracle.”

Dr Hammad Khan, of the Evelina, said: “We’re delighted that Buddy is thriving.”

10 Delicious Ways to Cool Down at Disneyland