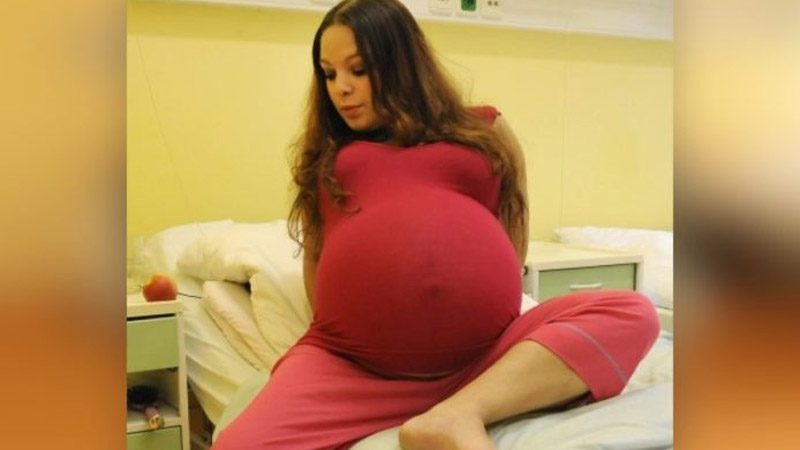 One wonderful couple in the Czech Republic has a lot to be thankful for after welcoming two new babies into the world! BABIES, indeed. Plural.

Alexandra and Antonin already had one child and were overjoyed when they found out they were expecting another! They soon found that this new addition was actually twins, and since both parents’ families had a history of twins, they will be carrying on the family tradition!

While the Kinovas of Milovice, Czech, were excited to welcome new addition to their family, they soon learned from their doctor that Alexandra was pregnant with not one, but two babies.

The lovely couple rejoiced upon hearing the good news and began preparing to transition from a family of three to a family of five. However, the doctor almost immediately asked the couple if he could see them again to re-diagnose.

“When we finally found a fifth head, I started to cry,” Alexandra said. The chances of the 23-year-old conceiving them naturally were one in seven million. And, Alexandra planned to breastfeed them all!

What they were about to learn from the doctor was something they could never have imagined in a million years. The doctor decided to show the ultrasound to them again.

When she looked, the doctors revealed some surprising news: the couple was expecting 4 children! But the news didn’t stop there; just a month later, another shocking ultrasound revealed the presence of a 5th baby!

They named the boys’ Daniel, Michael, Alex, and Martin and the baby girl Tereza. “In our country (birth) statistics have been recorded since 1949 and there’s no mention of quintuplets. In the Czech Republic quintuplets are born on average once every 480 years,” doctor Alena Mechurova said.