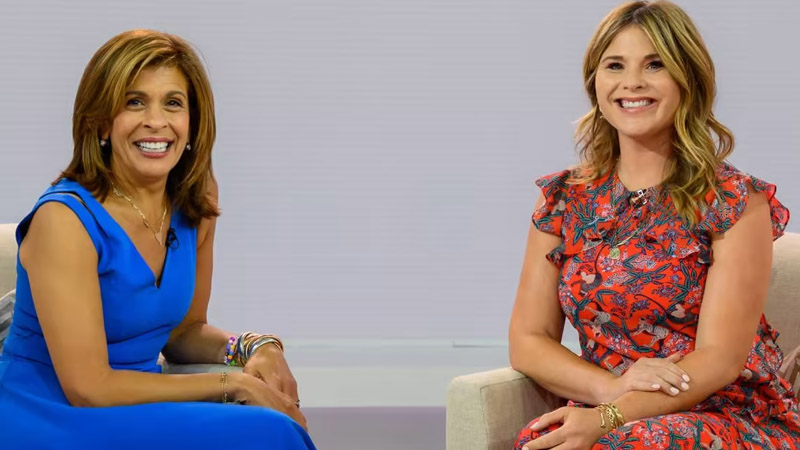 Fans were quick to have her back

Hoda Kotb has had to present her best self on television for decades as one of the Today Show’s leading faces, and she’s amassed quite a few appearance hacks to help her get ready faster.

While many have certainly been useful to her and the viewers with whom she shares them, her most recent revelation has co-host Jenna Bush Hager baffled.

As she described her morning routine, she revealed a controversial eye-sight trick that Jenna wasn’t so sure about, but plenty of fans supported her.

Honda was describing the steps she takes when leaving her house early in the morning, revealing that she avoids looking in the mirror to save time.

She detailed: “I’ve been starting this thing where I don’t look in the mirror when I’m leaving the house until I’m about to walk out the door, and I don’t put my contacts in until I’m leaving.”

Then she admitted through laughter: “And I only wear one,” which immediately prompted confusion from her co-host.

A post shared by TODAY with Hoda & Jenna (@hodaandjenna)

Jenna exclaimed: “Wait, what?! I get the mirror part, but why are you blinding yourself?”

The mom-of-two explained: “I’m so blind, I can’t see anything far away. So, if I have one in, I can read with the one that doesn’t have the contact in,” while hilariously alternating winks

While her fellow host was dubious about the trick, fans were quick to take to the comments to agree with Hoda, writing: “I am SO with you, Hoda,” and: “I wear one contact for reading up close and one contact for distance. Weird how it balances out,” as well as: “Monovision is the best!!! I wear 2, but one is for far away and one is for reading. No glasses!!!” plus: “HODA!!! I do the SAME THING with my contacts!!!”