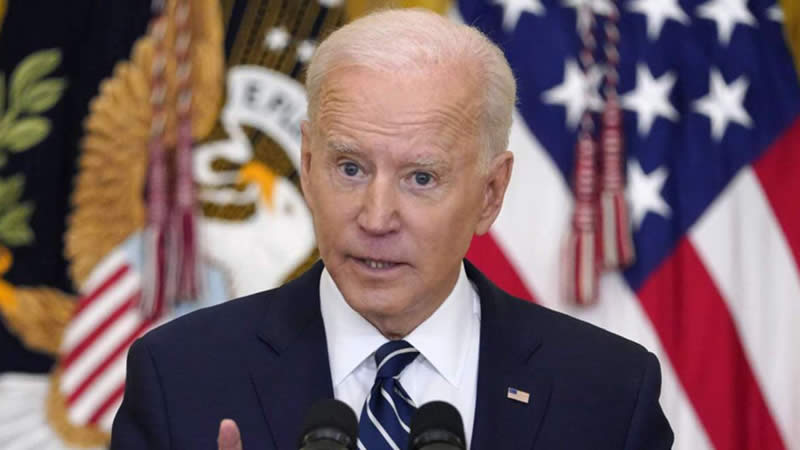 President Biden said during remarks on coronavirus vaccinations that he was not “supposed” to be answering questions.

After responding to a number of questions from reporters on the Colonial Pipeline shutdown and the unrest in Israel and Gaza, one reporter asked Biden how his infrastructure meeting with bipartisan lawmakers had gone.

“You guys are bad, I’m not supposed to be answering all these questions, I’m supposed to leave,” the president responded. He added that he’d come away “encouraged” after meeting with House and Senate Republican Leaders Kevin McCarthy, Calif., and Sen. Mitch McConnell, Ky.

Biden also announced 250 million vaccines had been administered since he’d taken office and reiterated his support for Israel’s “right to defend itself when you have thousands of rockets flying in your territory.”

She said that Biden takes questions “nearly every day that he’s out in front of the press.”

“That is not something we recommend. In fact, a lot of times we say ‘don’t take questions,'” she continued. “But he’s going to do what he wants to do because he’s the president of the United States.”

But it’s not just the president whose words to the press are policed by his communications team. Politico reported this week that the White House frequently requires that interviews with administration officials take place on “background with quote approval.”

The practice means that information given can be used for a story, but in order for an official’s name to be attached, the White House communications teams must first approve the quotes a reporter plans to use. Reporters say the practice was used often under President Obama and sometimes under President Trump, less frequently than with Biden’s team, and they’ve grown “increasingly frustrated” by “abuse” of the practice.

Prince Charles allegedly cutting down royal family to only 6 members

Nancy Pelosi Could Personally Benefit If the Infrastructure Bill Passes