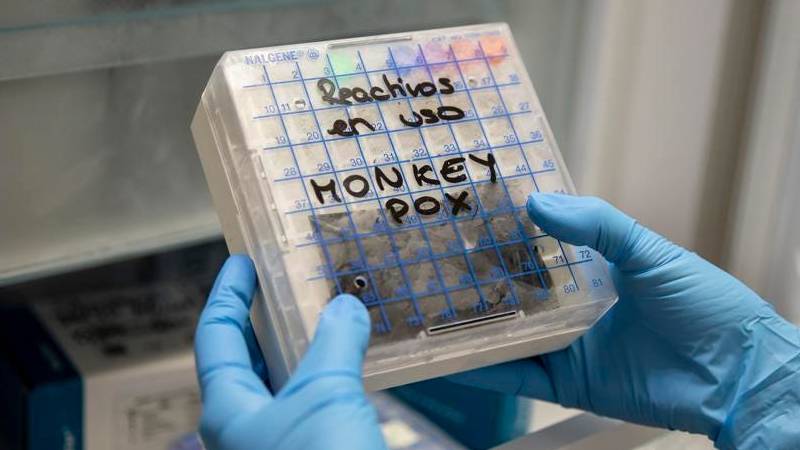 The monkeypox virus appears to have mutated far more than would be expected, according to researchers examining its genetic makeup.

In a recent study that was published in the journal Nature Medicine, the work was described. 15 monkeypox virus sequences total—mostly from Portugal—were gathered by Portuguese researchers for the study, and their genetic information was reconstructed.

A rare condition known as monkeypox is thought to have animal origins. It belongs to the same virus family as smallpox. According to the U.S. Centers for Disease Control and Prevention, monkeypox is typically restricted to West and Central African nations, but this year has seen the first multi-country outbreak, including cases without known links to West or Central Africa, with more than 3,500 cases reported as of Thursday, as per News Week reported.

By coming into intimate contact with lesions, body fluid, respiratory droplets, contaminated objects, and face-to-face contact, for example, the virus can transmitted from one person to another. With significantly more transmission than usual, the current outbreak has raised questions about the precise mechanism of the virus’s spread.

Comparing the viruses they examined in the most recent study to those from 2018 and 2019, researchers found roughly 50 genetic variations. Between six and twelve times greater, they claimed, “is significantly more than one would predict considering earlier estimates” of the mutation rate of the orthopoxviruses, of which monkeypox is a type.

A stock image depicting monkeypox. The most recent monkeypox variant that has sparked an outbreak in many non-endemic nations has undergone “accelerated evolution,” according to researchers.

The scientists said that they have found proteins that are known to interact with people’s immune systems, saying that their data “reveal additional clues of ongoing viral evolution and potential human adaptation.” To learn more about the potential function these may play in changing the monkeypox virus for human transmission, more research will be required.

It is unknown whether the mutations have contributed to increased transmissibility between persons, according to Joao Paulo Gomes, co-author of the study and head of the Genomics & Bioinformatics Unit at the National Institute of Health in Portugal.

“We do not know that,” he told Newsweek. “We just know that these additional 50 mutations were quite unexpected.

“Considering that this 2022 monkeypox virus is likely a descendant of the one in the 2017 Nigeria outbreak, one would expect no more than five to 10 additional mutations instead of the observed about 50 mutations. We hope that now, specialized groups will perform laboratory experiments in order to understand if this 2022 virus has increased its transmissibility.”

According to Pam Vallely, professor of medical virology at the University of Manchester, the majority of the mutations are of a specific type that could have been introduced by a human defense mechanism called APOBEC3, which works by changing viruses in order to prevent them from working normally.

“However, in this case the mutations are apparently not making the virus non-viable and may be helping it to adapt to human-human transmission,” Vallely, who was not involved in the study, told Newsweek. “This is just a theory that fits the current evidence, and lots more work is going to be needed to see if this is what is really happening. I don’t think we can say the mutations have made it more contagious, but maybe they have made it better adapted to humans.”

According to the researchers, their findings suggest that monkeypox virus genome sequencing may be precise enough to monitor the spread of the current outbreak and determine whether transmission is altering. Decision-makers would then be able to put policies in place to stop the spread of monkeypox. Vaccines are currently available.

The study is “very impressive,” according to Jeremy Kamil, an associate professor of microbiology and immunology at Louisiana State University Health Shreveport, but it is too soon to say for sure whether monkeypox is developing rapidly until we can rule out the possibility that the virus has been circulating and adapting in people “for longer than people assume—perhaps starting out in undersampled regions of the world like parts of Africa where monkeypox is endemic.”

Likewise not involved in the study, Alex Sigal, an associate professor at the University of KwaZulu-Natal and virologist at the Africa Health Research Institute (AHRI), echoed Kamil’s assertion.

“I think this outbreak was under the radar for a while,” he told Newsweek. “Certainly the diminishing immunity because the smallpox vaccine is no longer given could have helped.

“[The findings are] concerning, but we’ll see if this virus keeps spreading once people start to be aware of the signs and it breaks out in the general population. It’s contact dependent, and unless spread goes respiratory, it should be easier to stop.”

In addition, virus sequencing efforts found that the examined viruses belonged to a specific subgroup of monkeypox viruses known as clade 3, confirming their connection with the wider West African type as opposed to the Central African type.

According to the study, the West African strain of monkeypox is much less virulent than the Central African clade 1 strain, which can result in death in more than 10% of cases and typically has a case fatality ratio of less than 1%.

This article has been updated with the most recent monkeypox case numbers.

Prince William Was ‘Furious’ Over Reaction To Caribbean Tour: “He has a Growing Influence over the Institution of the Monarchy”

Will the COVID-19 vaccine work as well in patients with obesity?