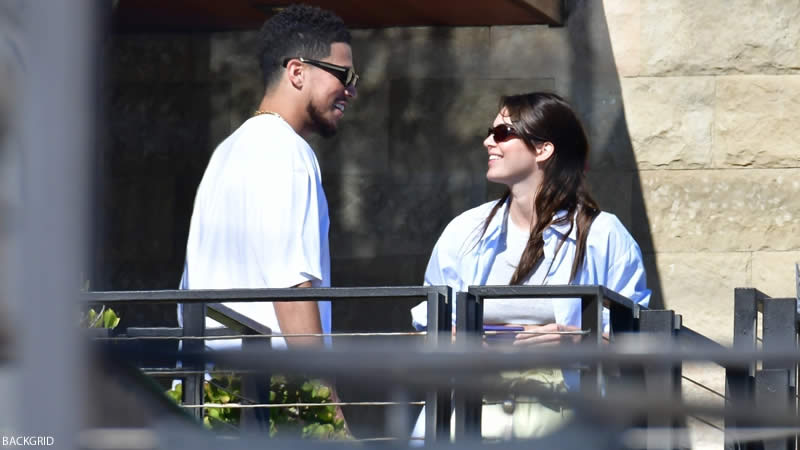 Kendall Jenner and Devin Booker were spotted sharing a laugh during the recent meet-up in Malibu.

Kendall Jenner and Devin Booker hang out together …

Kendall Jenner and Devin Booker meet up amid breakup rumors.

Kendall Jenner and Devin Booker hit the news last week as reports suggested that the duo had parted ways after two years of dating. Although on June 26, the model and the Phoenix Suns player were spotted spending time together at the SoHo House in Malibu just days after speculations about their split surfaced. In photos obtained by E!, Kendall and Devin were all smiles during their recent reunion.

As reported by ET!, an eyewitness reported that Kendall and Devin were spotted having a conversation with each other as they shared things on their phones and laughed.

The eyewitness also noted the duo had, “had great energy between them.” With Jenner and Booker’s recent reunion, fans are now wondering whether the duo is back together.

It was previously reported that Kendall and Devin had parted ways to focus on themselves and that the couple realized they were not on the same page after returning from Kourtney Kardashian and Travis Barker’s wedding. Neither Kendall nor Devin gave any official statements regarding their breakup.

The model began dating the Phoenix Suns star in 2020 and while the duo kept their relationship private, they eventually did go Instagram official.

The two also posted photos of their first anniversary celebrations last year. Kendall previously spoke about her relationship with Booker and revealed how her family has been extremely fond of him including her niece Stormi Webster and said, “He and Stormi have an amazing relationship. “I’m jealous sometimes. I’m like, ‘Stop. Can you guys not?'”

Monkeypox Has Mutated at an Incredible Rate with ‘Accelerated Evolution’

Enrique Iglesias likes to get naked with his friends

Emma Watson moves on to other movies