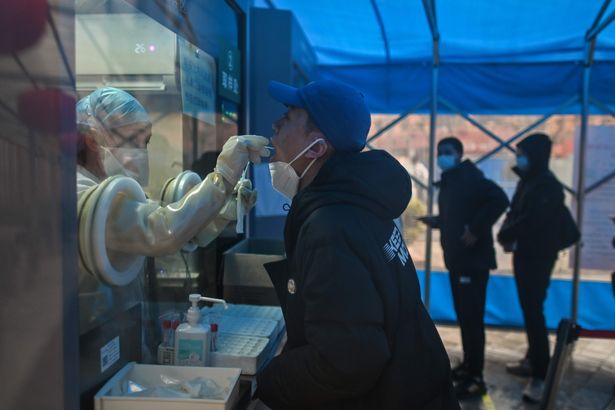 Members of the World Health Organization, who have been tasked with finding clues about the origins of Covid-19, will reveal what they’ve found today.

The team, who have spent nearly a month in Wuhan, China, are expected to brief media on their findings at around 7.30am today, (Tuesday, February 9).

WHO experts are expected to be joined with scientists from the Chinese side who have been involved in the investigation.

The team touched down in the city on January 14, and following two weeks of quarantine, visited key sites known to be connected to coronavirus.

They visited the Huanan seafood market, the location of the first known cluster of infections as well as the Wuhan Institute of Virology, which has been involved in research related to Covid.

The team have clarified expectations from their mission, with zoologist Peter Daszak telling Reuters news agency last week that one aim was to “identify the next steps to fill in the gaps”.

The United States has said China needed to be more open when it comes to sharing data and samples, as well as access to medical staff, patients and lab workers.

Previously, Mr Daszak, said the investigation is the beginning of understanding what happened in a bid to prevent the next pandemic.

He said: “It’s the beginning of hopefully a really deep understanding of what happened so we can stop the next one.”

The team say they have uncovered “important clues” about a Wuhan seafood market’s role in the outbreak.

He said that the investigation will settle once and for all the question of whether the virus might have originated in the Wuhan Institute of Virology, a maximum bio-containment laboratory studying bat-borne coronaviruses.

He added his team found “important clues” about the role the Huanan “wet market” in central Wuhan played in the pandemic across the world, which has cost over two million lives worldwide so far.

While the market was shut and deep-cleaned within days of the epidemic being identified, the expert said “it’s still pretty intact”.

He said: “People left in a hurry and they left equipment, they left utensils, they left evidence of what was going on, and that’s what we looked at.”

WHO are expected to brief the media on their findings from their trip at around 7.30am GMT later today, 4pm local time.

How to Lose Weight in 7 Days