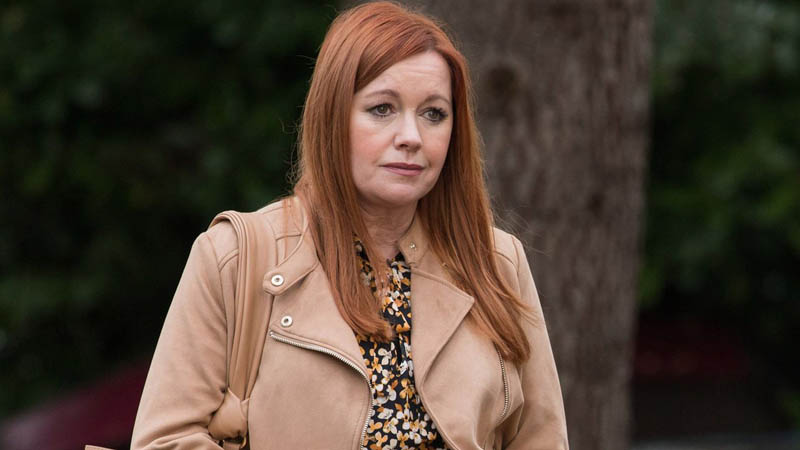 The Diane/Tony/Edward love triangle has been a nightmare ever since it began but we could finally be coming to the end.

Next week in Hollyoaks Diane Hutchinson asks Misbah Maalik for some help finding out her unborn baby’s gender.

The nurse is able to give her some answers and Diane finally discovers who her baby daddy is – but will it be her husband Tony Hutchinson or her late father-in-law Edward Hutchinson?

Meanwhile Darren Osborne continues to be drawn to his ex-wife Nancy and it leaves Mandy Richardson on edge.

And Sienna Blake and Liberty Savage plot to get Brody Hudson back.

The week begins with Diane and Verity Hutchinson asking Misbah Maalik for help finding out the baby’s gender. Misbah manages to give them the answer they’ve been waiting for – but will they be happy with Diane’s baby daddy? And how will Tony react to the news?

Verity prepares to tell Sami Maalik that she’s not pregnant and ends up making a big decision to save her relationship.

Nancy and Darren continue to grow closer over Charlie, while Mandy is worried about her boyfriend and his ex-wife.

On Cher McQueen’s birthday, Mercedes gets too drunk and it forces Sylver McQueen to go after her. Sylver discovers drugs in his wife’s bag while Cher and Mercedes feud continues, it leaves Mercy in danger…

Maxine overhears Brad flirting on the phone with ‘Saskia’ and thinks he’s cheating on her mum.

Ollie Morgan and Imran meet up and their conversation turns to Brooke Hathaway…. Later, Imran worries his relationship with Brooke is over for good.

When Sienna overhears that Summer Ranger wants to move in with Brody, she plots to get him back (with the help of Liberty).