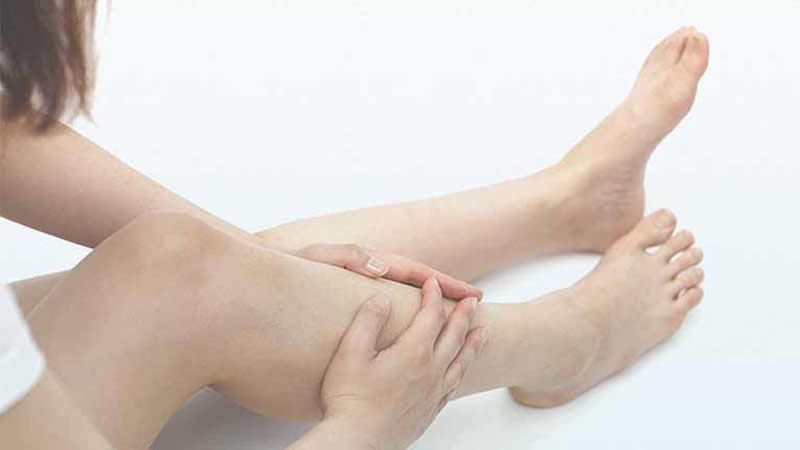 While bruises are usually seen on the skin’s surface, there are cases where it’s possible to bruise the bones inside your body. According to WebMD, a bone bruise, or bone contusion, is similar to a skin bruise, however, they don’t always leave behind the typical blue or black mark you see on the skin.

Bone bruises and skin bruises are similar in that they both involve the breaking of blood vessels near the skin’s surface. However, when you bruise a bone, blood from the broken vessels seeps into nearby tissue surrounding the bone, causing inflammation. Not all bone bruises will result in a skin bruise (via WebMD).

Bone bruises can reveal uncomfortable symptoms, such as pain and irritation in the affected area, reports Healthline. For example, if you bruise a bone in your foot or knee, you may find it harder or more painful to walk.

Other symptoms of a bone bruise may include joint pain, specifically, stiffness and swelling, both of which can affect a person’s daily activities. Bone contusions can happen anywhere on the body but appear more commonly on bones near the skin’s surface (via Healthline).

How to treat a bruised bone

Bone bruises are a type of traumatic injury but aren’t as severe as a bone fracture. Nevertheless, a correct diagnosis is key to properly treating bone bruises.

A microfracture, for example, usually occurs with a bone bruise, yet because they’re so small, they won’t appear on X-rays. In those circumstances, a doctor may order an MRI to better identify damage to a bone and its surrounding tissue, per WebMD.

It can take a bruise several weeks, months, or even years for a bone bruise to heal, depending on how severe the injury is (via Medical News Today). To help the healing process, eat a calcium-rich diet and avoid smoking and drinking alcohol, as the latter two behaviors can delay recovery.

When treating minor bone bruises at home, the University of Rochester Medical Center recommends resting, applying ice to the affected area several times a day, and elevating the injury above the heart. Some patients may feel the need to wear a brace while others may want to take medication to help with inflammation and pain.

CDC Just Updated Its Parameters; Typical Routine of Life Is Coming Back