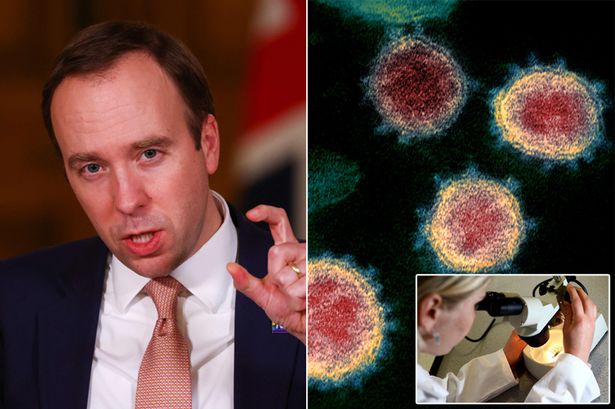 Alarming news has been reported about the new variant of Covid-19 has been discovered in the UK. It has been linked to rapidly spread of the virus in London and the South East. Government experts are investigative it

Hancock told MPs at least 60 different local people in England have recorded coronavirus infections caused by this new variant. WHO also sent their team and currently being examined at Porton Down in this account UK’s military research facility in Wiltshire.  Various people are worry about and raised question about is Pfizer vaccine will not work against the new variant, according to dailystar.

But Hancock said there was “nothing to suggest” it was a worse strain or that vaccine would no longer work. It comes after it was announced that London and parts of Essex and Hertfordshire will be placed into tier 3 lockdown restrictions from midnight on Tuesday following an “exponential” rise in the virus in the South East of England.

Mr Hancock said: “We’ve currently identified over 1,000 cases with this variant predominantly in the South of England although cases have been identified in nearly 60 different local authority areas.

“We do not know the extent to which this is because of the new variant but no matter its cause we have to take swift and decisive action which unfortunately is absolutely essential to control this deadly disease while the vaccine is rolled out.”

The variant was first identified following routine surveillance by Public Health England last week. It is believed to be similar to the mutation discovered in other countries in recent months.

Mr Hancock added: “I must stress at this point there is currently nothing to suggest that this variant is more likely to cause serious disease.

“And the latest clinical advice is that it’s highly unlikely this mutation would fail to respond to a vaccine.”

A decision on whether London and parts of the South East of England had been due on Wednesday but the government brought the announcement forward following a surge in cases.

Eat Your Way to a Fast Metabolism