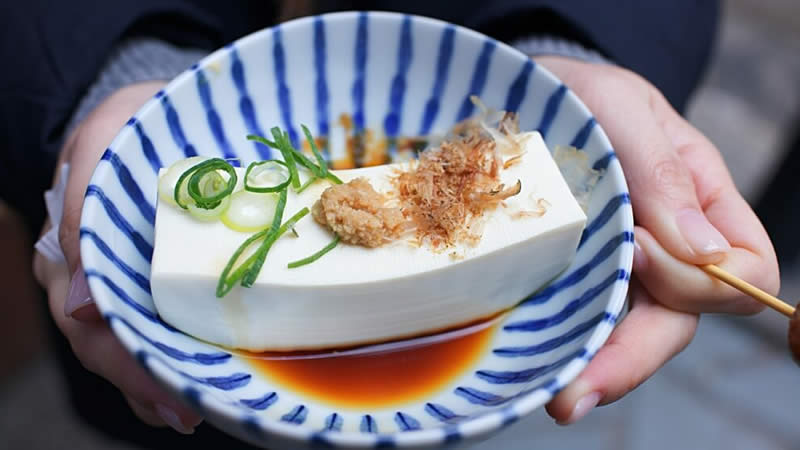 Forget your waistline for a sec—some of your food choices could actually affect your memory and cognitive abilities. Here, 5 foods to go easy on if you want to keep your wits about you.

The soy controversy continues with a study published in the journal Dementia and Geriatric Cognitive Disorders, which found an association between high tofu intake—a sizable 9 or more times per week, mind you—and an increased risk of cognitive impairment and memory loss. The study analyzed the tofu consumption of 719 Indonesian men and women and put them through a series of memory tests. Those who ate more than 9 servings a week faced greater memory challenges than those who did not. This is far from conclusive—the connection might be mere association, not cause—but researchers speculate that tofu’s phytoestrogens might affect brain function. Before you slink back to your steak habit, though, consider that tempeh, the popular fermented-soy food, was actually found to improve memory in the same study.

One more reason to rejoice over the FDA’s trans fats ban: The stuff could hurt your memory. A study published in the journal PLoS One found that consuming more trans fat was associated with difficulty remembering words—and we’re not talking tip-of-the-tongue mistakes. The study followed 1018 participants and their consumption of trans fats, ranging from 3.8 grams per day to 27.7 grams per day. They were asked to complete a task that forced them to identify new versus recurring words in a series. For each gram of daily trans fats consumed, participants recalled an estimated 0.76 fewer words. That means study participants who consumed the highest amount of trans fats per day recalled 65 words correctly, while the average participant recalled 86 words.

It’s quick, it’s easy, and it’s packed with protein for a post-workout meal. But your favorite fish could be impairing your mind. According to a study from the journal Integrative Medicine, people who eat more than three servings of species of fish that are high on the food chain—like tuna, grouper, snapper, bass, swordfish, and shark—each week (or more than four servings per month) are at risk for cognitive dysfunction. The culprit? High levels of mercury, of course. Researchers analyzed the seafood-eating habits of 384 people and then put them through a series of cognitive tests. Those with the highest levels of mercury in their blood scored worse on the tests than those with lowest levels of mercury. (Make sure you avoid these 12 Fish To Never Ever Eat.)

Another study, albeit one in rats, contributes to the idea that butter is not in fact back. Researchers at the University of Montreal found that rat diets high in saturated fat (when 50 percent of all calories come from an unhealthy fat, like palm oil or butter) impaired the functioning of their brain’s mesolimbic dopamine system—aka the part that controls motivation and wellbeing, and is often implicated in mood disorders, drug addiction, and overeating. Diets high in monounsaturated fat, like olive oil, didn’t show the same association. The study, published in the journal Neuropharmacology, also found that saturated fats dulled the animals’ reward system, spurring them to overeat to compensate for feeling unsatisfied.

Bobbi Kristina Brown Is Dead At 22