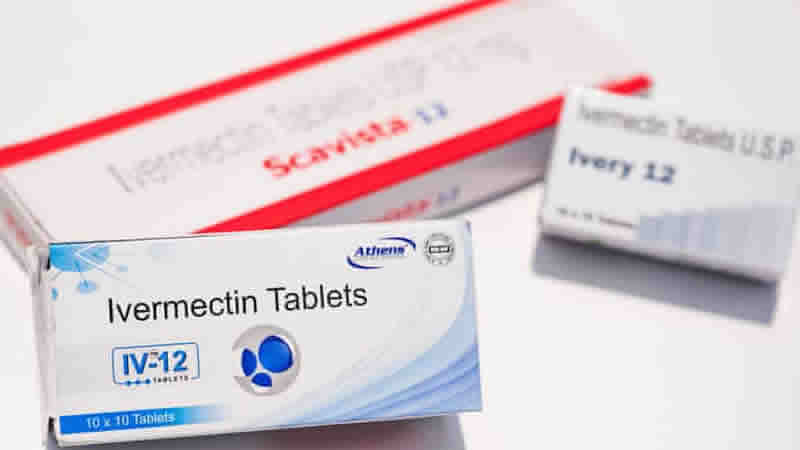 The preprint endorsing ivermectin as a coronavirus therapy has been widely cited, but independent researchers find glaring discrepancies in the data.

The efficacy of a drug being promoted by rightwing figures worldwide for treating Covid-19 is in serious doubt after a major study suggesting the treatment is effective against the virus was withdrawn due to “ethical concerns”.

The preprint study on the efficacy and safety of ivermectin – a drug used against parasites such as worms and headlice – in treating Covid-19, led by Dr. Ahmed Elgazzar from Benha University in Egypt, was published on the Research Square website in November.

It is claimed to be a randomized control trial, a type of study crucial in medicine because it is considered to provide the most reliable evidence on the effectiveness of interventions due to the minimal risk of confounding factors influencing the results. Elgazzar is listed as chief editor of the Benha Medical Journal and is an editorial board member.

The study found that patients with Covid-19 treated in the hospital who “received ivermectin early reported substantial recovery” and that there was “a substantial improvement and reduction in mortality rate in ivermectin treated groups” by 90%.

But the drug’s promise as a treatment for the virus is in serious doubt after the Elgazzar study was pulled from the Research Square website on Thursday “due to ethical concerns”. Research Square did not outline what those concerns were.

A medical student in London, Jack Lawrence, was among the first to identify serious concerns about the paper, leading to the retraction.

He first became aware of the Elgazzar preprint when it was assigned to him by one of his lecturers for an assignment that formed part of his master’s degree. He found the introduction section of the paper appeared to have been almost entirely plagiarised.

It appeared that the authors had run entire paragraphs from press releases and websites about ivermectin and Covid-19 through a thesaurus to change keywords.

The data also looked suspicious to Lawrence, with the raw data apparently contradicting the study protocol on several occasions.

“The authors claimed to have done the study only on 18-80-year-olds, but at least three patients in the dataset were under 18,” Lawrence said.

“The authors claimed they conducted the study between the 8th of June and 20th of September 2020, however, most of the patients who died were admitted into hospital and died before the 8th of June according to the raw data.

The data was also terribly formatted, and includes one patient who left the hospital on the non-existent date of 31/06/2020.”

“In their paper, the authors claim that four out of 100 patients died in their standard treatment group for mild and moderate Covid-19,” Lawrence said.

Lawrence and the Guardian sent Elgazzar a comprehensive list of questions about the data, but did not receive a reply. The university’s press office also did not respond.

Lawrence contacted an Australian chronic disease epidemiologist from the University of Wollongong, Gideon Meyerowitz-Katz, and a data analyst affiliated with Linnaeus University in Sweden who reviews scientific papers for errors, Nick Brown, for help analyzing the data and study results more thoroughly.

Brown created a comprehensive document uncovering numerous data errors, discrepancies, and concerns, which he provided to the Guardian. According to his findings, the authors had clearly repeated data between patients.

“The main error is that at least 79 of the patient records are obvious clones of other records,” Brown told the Guardian. “It’s certainly the hardest to explain away as innocent error, especially since the clones aren’t even pure copies. There are signs that they have tried to change one or two fields to make them look more natural.”

Other studies on ivermectin are still underway. In the UK, the University of Oxford is testing whether giving people with Covid-19 ivermectin prevents them from ending up in hospital.

The Elgazzar study was one of the largest and most promising showing the drug may help Covid patients and has often been cited by proponents of the drug as evidence of its effectiveness. This is despite a peer-reviewed paper published in the journal Clinical Infectious Diseases in June finding ivermectin is “not a viable option to treat COVID-19 patients”.

Meyerowitz-Katz told the Guardian that “this is one of the biggest ivermectin studies out there”, and it appeared to him the data was “just totally faked”. This was concerning because two meta-analyses of ivermectin for treating Covid-19 had included the Elgazzar study in the results.

A meta-analysis is a statistical analysis that combines the results of multiple scientific studies to determine what the overall scientific literature has found about treatment or intervention.

“Because the Elgazzar study is so large, and so massively positive – showing a 90% reduction in mortality – it hugely skews the evidence in favor of ivermectin,” Meyerowitz-Katz said.

“If you remove this one study from the scientific literature, suddenly there are very few positive randomized control trials of ivermectin for Covid-19. Indeed, if you get rid of just this research, most meta-analyses that have found positive results would have their conclusions entirely reversed.”

Kyle Sheldrick, a Sydney doctor, and researcher, also independently raised concerns about the paper. He found numbers the authors provided for several standard deviations – a measure of variation in a group of data points – mentioned in tables in the paper were “mathematically impossible” given the range of numbers provided in the same table.

Sheldrick said the completeness of data was further evidence suggesting possible fabrication, noting that in real-world conditions, this was almost impossible. He also identified the duplication of patient deaths and data.

Ivermectin has gained momentum throughout Latin America and India, largely based on evidence from preprint studies. In March, the World Health Organization warned against the use of ivermectin outside well-designed clinical trials.

The conservative Australian MP Craig Kelly, who has also promoted the use of the anti-malarial drug hydroxychloroquine to treat Covid-19 – despite there being no evidence that it works – has been among those promoting ivermectin.

Several Indian media outlets ran stories on Kelly in the past week after he asked Uttar Pradesh to loan the state’s chief minister, Adityanath, to Australia to release ivermectin.

After this story was initially published, Kelly contacted the Guardian to say he disagreed with the statement that there was no evidence that hydroxychloroquine worked, and that he stood by his views.

Lawrence said what started out as a simple university assignment had led to a comprehensive investigation into an apparent scientific fraud at a time when “there is a whole ivermectin hype … dominated by a mix of right-wing figures, anti-vaxxers and outright conspiracists”.

“Although science trends towards self-correction, something is clearly broken in a system that can allow a study as full of problems as the Elgazzar paper to run unchallenged for seven months,” he said.

“Thousands of highly educated scientists, doctors, pharmacists, and at least four major medicines regulators missed a fraud so apparent that it might as well have come with a flashing neon sign. That this all happened amid an ongoing global health crisis of epic proportions is all the more terrifying.”

… we have a small favor to ask. Millions are turning to the Guardian for open, independent, quality news every day, and readers in 180 countries around the world now support us financially.

We believe everyone deserves access to information that’s grounded in science and truth, and analysis rooted in authority and integrity.

That’s why we made a different choice: to keep our reporting open for all readers, regardless of where they live or what they can afford to pay. This means more people can be better informed, united, and inspired to take meaningful action.

A COVID-19 Diagnosis Can Be Emotionally Draining, but There Are Healthy Ways to Get Through It

Dr. Anthony Fauci is paid more than the president — here’s how much he earns

Don’t eat any of these sauces, they may be life-threatening, says FDA