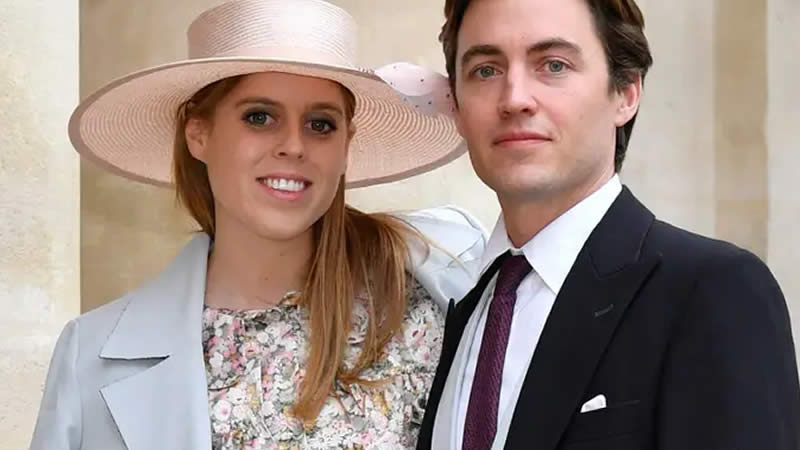 It seems like yesterday Princess Beatrice and Edoardo Mapelli Mozzi tied the knot in a surprise private ceremony in the midst of the COVID-19 pandemic.

The young couple were forced to cancel their large-scale ceremony due to the restrictions enacted in the wake of the pandemic and instead held a smaller, but just as sweet, event to celebrate on July 17.

One year on, Edo was clearly feeling very sentimental.

He penned a sweet tribute post to his wife with a selfie pic of them from what we presume was a hike – beautiful rolling hills are seen in the background.

Edo captioned the pic: “I can’t believe it has been 1 year. Every second of every day since has been so full of joy, happiness, laughter, and love. You are the kindest, loveliest, and most beautiful person in the world. Thank you my darling for every second.”

Of course, Edo’s post gives us the perfect reason to reminisce on those gorgeous first pics, which featured Beatrice in her stunning dress, which was borrowed from the Queen herself.

The vintage Norman Hartnell design was last seen on Her Majesty back in 1967 for the State Opening of Parliament.

And even more especially, Beatrice wore the Queen Mary diamond fringe tiara, which was also loaned to her by Queen Elizabeth II.

The very special headpiece was previously worn by The Queen on her own wedding day in 1947.

The newlyweds have also had plenty to celebrate within their first year of marriage.

Earlier in 2021, Beatrice and Edo announced they were expecting their first child together, due to arrive in the British autumn.

A statement from the Palace read: “The Queen has been informed and both families are delighted with the news.”

Looks like there are plenty more milestones to come between these two.