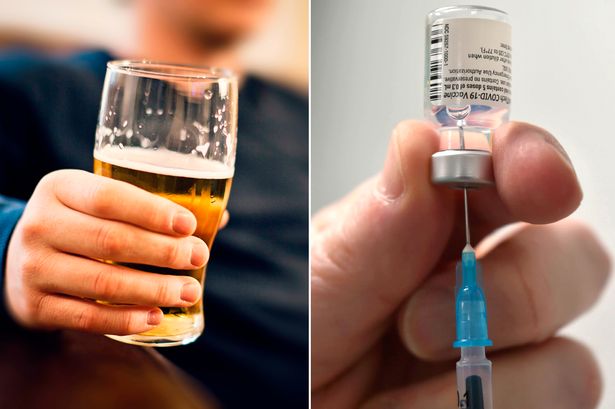 A new research has been reveled about the COVID-19 vaccine. The Russian scientist says that the effect of vaccination will become a meaningless if ones drinking a lot of alcohol.

This caution come amid of plans for coronavirus vaccination clinics to open in England, with GPs giving out the Pfizer/BioNTech jab in many different locations.

Many heath experts suggested that the Alcohol should be ‘strongly’ avoided after Covid-19 vaccine.

Somehow the health worker did not mention the side effect or good impact of the vaccine, the Russian scientist involved in the development of the Sputnik V vaccine has given a stark warning, according to Daily Star.

He said he “strongly” advises against it for any jab.

Dr Alexander Gintsburg, head of the Gamaleya National Center of Epidemiology and Microbiology in Moscow, told New Scientist: “We strongly recommend refraining from alcohol for three days after each injection.”

Russian officials have advised citizens to go easy on the booze.

Dr Gintsburg claimed: “It is important to understand that excessive alcohol consumption can significantly reduce immunity and therefore reduce the effectiveness of vaccination or even make it meaningless.”

Moreover, this is true not only for Sputnik V, but also for any other vaccine”, Dr Gintsburg said, reports The Sun.

However, NHS bosses have warned Prime Minister Boris Johnson that a relaxation of England’s tier system over Christmas could result in a third wave of cases.

Sarah Gilbert, professor of vaccinology at Oxford University, said the US has seen a surge in infections and deaths after people celebrated Thanksgiving.

She believes a similar rise in the UK could also affect the vaccination roll-out.

6 Ways to Stay Healthy This Winter