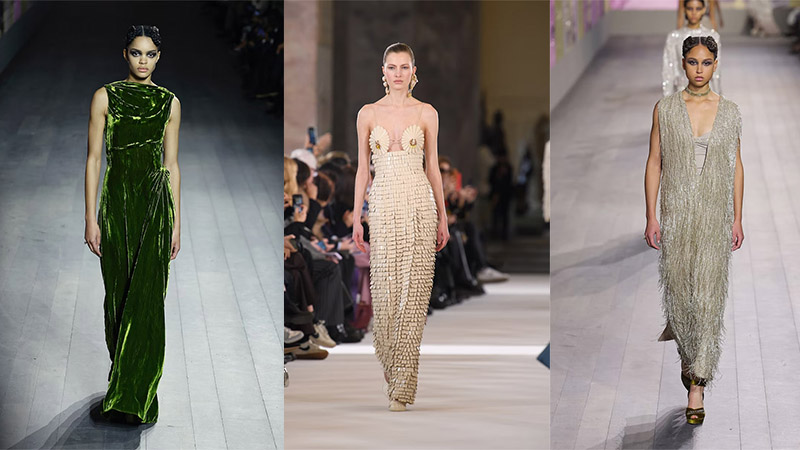 When Kylie Jenner appears at a fashion show wearing a handmade lion’s head affixed to her black strapless gown, Doja Cat is seen at that very same show adorned in 30,000 red crystals and Shalom Harlow and Naomi Campbell appear on the runway wearing two other animal headdresses—well, that’s couture.

The most fantastical and out-there week of the fashion calendar has descended upon Paris with the consistently inventive Daniel Roseberry kicking things off for the house of Schiaparelli. Always one to put on a capital “S” Show of the highest order, the designer sprinkled his collection—which was inspired by Dante’s “Inferno”—with over-the-top shapes.

Tuxedos and pinstriped suiting had exaggerated shoulders, nipped-in waists, and super-long slacks; bodices extended far beyond their usual measurements, with some even growing like vines over the models’ faces.

If this opening presentation is any forecast for the upcoming Couture Week, we’re in for one hell of a ride. Keep checking back for more of the best looks showing in Paris.

The Perfect Dress for the Summer Wedding

Flirty and Thriving Trends for Thirty