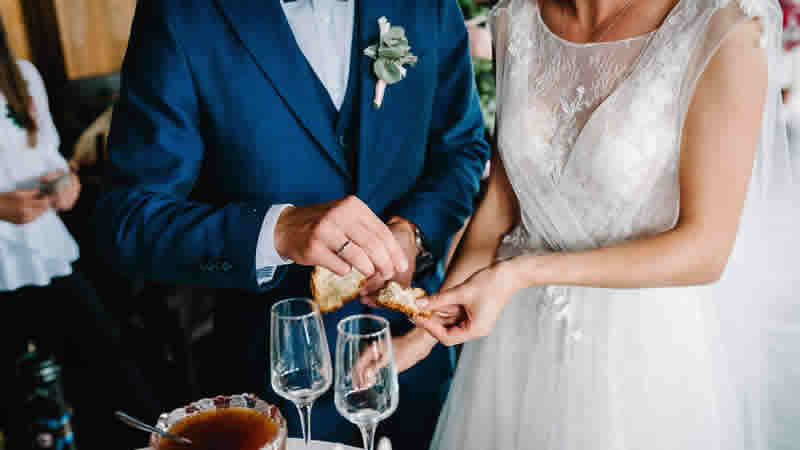 Weddings bring goose bumps to people. They are incomparably beautiful. Everything about them, the way two souls unite together, the coming together of the two families, the joy and the party and the traditions are all priceless.

As wedding usually take place only once in a person’s life, they want to make it as special as possible. However, weddings feel incomplete without traditions. Truly wedding traditions ate the most beautiful of all.

They have been carried out for decades all over the world, yet people just seem to enjoy them with the same zest every time. There are some traditions that have been changed or altered. However, these are a few traditions that remain popular and will always be popular for the many years to come.

White dress of the bride

As per the tradition, the bride wears a pure white gown on her wedding. White symbolizes virginity and purity. It is also believed that wearing a white dress would shun evil spirits away.

This is set of promises made by the couple to each other in front the alter before marriage. They are expected to abide by it, throughout their marriage years.

The bridesmaids and best men

Traditionally, the bridesmaids were supposed to wear a very light shade of yellow, pink or blue. The ritual of bridesmaids and best men is originally carried out to keep evil spirits away from the wedding couple. However, today it is just carried off as a fad.

This refers to the custom of showering the newly wedded couple with grains of rice. As rice is a seed that gives life, it is believed that this ritual would bless the couple with children soon. However many argue this ritual is unethical, owing to the wastage of food.

The first kiss after marriage

This ceremony is conducted immediately after the marriage is completed. The groom is asked to kiss his bride for the first time after marriage in front of the whole church. It is a way of acknowledging each other as a part of one’s life. It is also a symbol of love and commitment to the marriage.

A boutonniere is a flower that is worn in the buttonhole of the groom. The flower is usually the same one that the bride carries in her bouquet. It is a way of acknowledging his wife as a part of his life and expressing his love to her.

Wearing the wedding band on the third finger

The old thing worn by her represents her old life before marriage, while the new thing worn represents her new life after marriage. The borrowed part is a symbol of the blessing that the happily married woman passes on to the new bride. Finally the color blue symbolizes faithfulness and love.

This is one of the most dominating part of a bride’s attire. Apparently, this custom comes from the belief that the groom should not see the face of his bride before the wedding ceremony. It is also a symbol of purity and the bride’s submission to her groom. It is also believed to protect the bride from an evil eye.

By this custom, the bride throws back her wedding bouquet to a group of unmarried women. The lady who is able to catch the bouquet is believed to be the next one to get married. Most of these traditions are said to originate since the Victorian era. Still, they are considered an inseparable part of a wedding celebration.

Most of these traditions have said to originate since the Victorian era. Still, they are considered an inseparable part of a wedding celebration.

Look Hot and stunning by wearing the Sizzling Sari…..!

Walking Shoes are important enough to be picked carefully