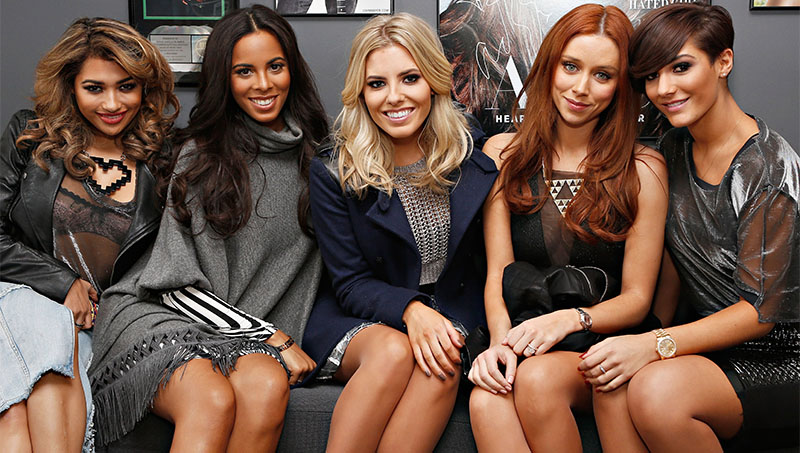 Una Healy has hinted that she and fellow bandmates may once again slip into their bright coloured tights and perform their biggest hits again after taking time apart.

The Saturdays were famous for their hit singles during their seven-year chart reign before announcing they would be going on a hiatus.

Now, it appears that the All Fired Up singers are in discussions to take to the recording studio and stage once more, giving fans the news that they have been holding out for.

Una, 39, has revealed that she hopes the group, consisting of Mollie King, Frankie Bridge, Vanessa White, Una and Rochelle Humes hit the road again in the near future while they’re “young”.

Speaking to The Sun, the pop princess said: “More than one [band member] has said, ‘Wouldn’t it be lovely to do something again?’ I reckon it will happen.

“I would love to do something with the girls again so we will see, I hope so while we are still fresh and young, I think it would nice to do it sooner rather than later.”

The star who hails from Thurles, Ireland, added: “We have some great songs – someone sent me a link to the megamix the other day and is it bad to say I was fangirling to it myself? I actually love that music. It’s so uplifting, I would love to get back out there.”

During their chart reign, The Saturdays released a staggering eighteen singles, with thirteen entering the UK Top Ten, before bagging their first number one with What About Us featuring Sean Paul back in 2012.

This isn’t the first time Una has teased a potential reunion with her bandmates, previously delighting fans over the summer as she, Frankie and Mollie enjoyed a day out together when the lockdown restrictions eased.

The trio sat in position to match the lyric “Frankie, Mollie, Una,” from their hit single Higher as they enjoyed a trip to the park.

Shortly before posting the picture to her Insta Grid, Una shared a snap of the trios legs to her Instagram stories accompanied by the voice-over: “Ok, these are my legs and these are, guess who…”

Mum-of-two Una who is to return to the music industry today with her latest solo track, Swear It All Again hopes that the upcoming JLS reunion tour will be enough to get The Saturdays back on stage.

Despite the group being put together by a casting agent, Una feels fortunate that each member of the band got on with one another as she says it “would have been hell”.

The group were set to re-enter the recording studio back in 2017, with Mollie teasing that they would be working on a new album.