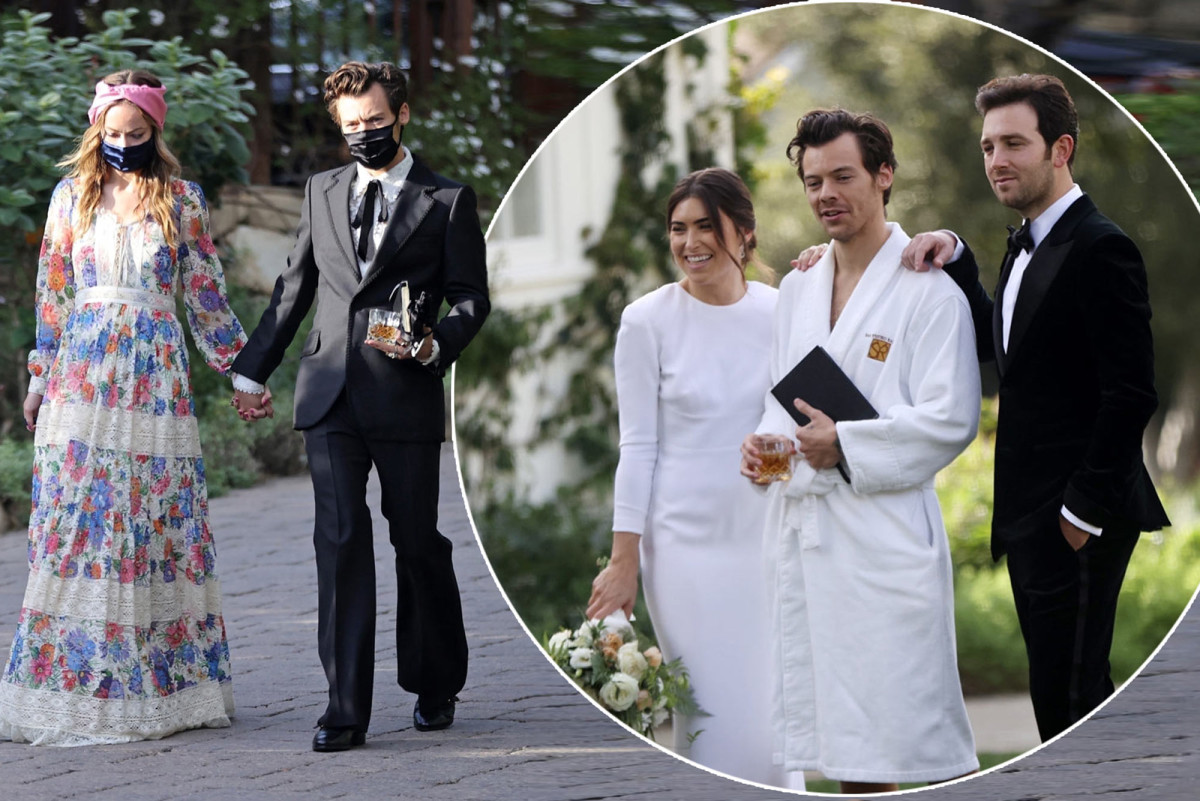 Harry Styles is still a young man. As a 26-year-old rockstar, he’s had many unique experiences, but that type of lifestyle tends to keep people from a life of committed love. Olivia Wilde, on the other hand?

She has ten years on Styles. She was with Jason Sudeikis for seven years, and the couple had two children. And they just split at the beginning of the holiday season.

Is she ready to commit to this new, strapping young lad? Or is Harry Styles just an impressionable, young rebound that she’ll soon discard?

Twitter is gushing about Harry Styles and Olivia Wilde. But most of it is speculation. Are they dating?  Are they just friends? Is she the subject of the song ‘Olivia’?

Why? Because they went to a wedding together. And they were holding hands. With that evidence, speculation is the proper conclusion. They could just be friends. They could be full-on lovers.

But don’t tell that to media outlets like TMZ. It’s already crowning these two as the next Hollywood power couple.

Nonetheless, this will now be the driving narrative from now on. So let’s assume these two are officially dating. Is it a good idea for either of them?

Olivia Wilde was never married to Jason Sudeikis, which is sort of weird.

The two were together for seven years, and they had two children together. And they were engaged for nearly that entire time. Until this past November, less than two months ago, when they called it off and split.

They were never married, but ending things with someone you’ve been with for so long, and have created a family with, is basically a divorce.

Do you know what they say to people who’ve recently gotten out of such a long-term, committed relationship?

Take some serious time to yourself.

There’s no set amount of time you should stay single after a breakup, but the consensus is that you should definitely take some time.

Dixon-Fyle added that “if you were together for at least one year, give it at least one year.” She said that helps people get through all of the triggering events like birthdays, holidays, and anniversaries. Otherwise, you might just be using other people to avoid the pain you don’t want to feel.

Check out a video of Wilde and Styles holding hands:

She was partnered up for seven years and took what appears to be less than two months off. And it’s not her first rodeo.

After her divorce from Italian Prince Tao Ruspoli in 2011, she started dating Jason Sudeikis…also in 2011.

Olivia Wilde is probably not a bad person, and I’m sure she has no ill will towards Harry Styles. But that doesn’t mean she won’t crush him.

Wilde is fresh off of a long-term relationship, and she’s ten years older than Harry. Is there a real path to partnership here?

What’s even more concerning is that she’s basically his boss. The two have been forming a connection on the set of “Don’t Worry Darling,” which stars Harry Styles. Olivia Wilde is the person directing him.

Dating your co-workers or your boss is another terrible idea.

Could these two hurdle all of these blaring red flags and become an enchanted Hollywood couple? Of course!

But this probably ends with someone nursing a broken heart–most likely the sensitive young man who likes to wear dresses and sing love songs.

How to Take Care of Eyelashes?