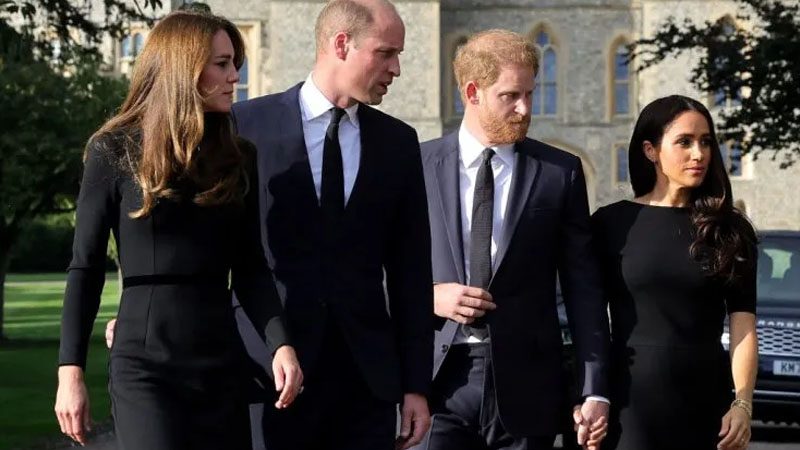 Meghan Markle may be willing to make a return to the U.K. following Queen Elizabeth II’s death. According to royal commentator Neil Sean, the Duchess of Sussex may consider embracing a return to Prince Harry’s home country after being warmly welcomed by the British people last weekend.

Despite the reported royal rift, Prince Harry and Meghan walked alongside Prince William and his wife Kate Middleton during a joint walkabout in Windsor on Saturday afternoon to meet the crowds of people mourning the death of the Queen.

The event marked the first time Meghan made a public appearance with the Prince and Princess of Wales since she and Prince Harry stepped down as royals and moved to the U.S. in 2020. Footage of the walkabout shows Meghan interacting with the British crowd guardedly, apparently for fear of being criticized. However, Sean said all her fears seemed to have faded away because of the warmth the people had shown her.

“Meghan was ready and willing to meet the public,” he said on his YouTube channel. “She was terrified about how the public might perceive her, particularly over here in the U.K., but all those fears were pushed away very quickly.”

“For her now, what she really feels is that they are ready and willing to embrace their return at some point back to the U.K.,” he added. The royal expert, however, noted that while the walkabout proved that Meghan was liked by the public, it’s not just the British people that need to forgive her but the senior members of the royal family as well.

Months after moving to the U.S. in 2020, Meghan sat down for an interview with Oprah Winfrey to drop explosive revelations about the British monarchy. She claimed that her experience as a member of the royal family had taken a toll on her mental health. She also claimed to have been a victim of racism inside the palace and that Kate once made her cry, but the British media allegedly twisted the story to make it look like it was she who had made Kate cry.