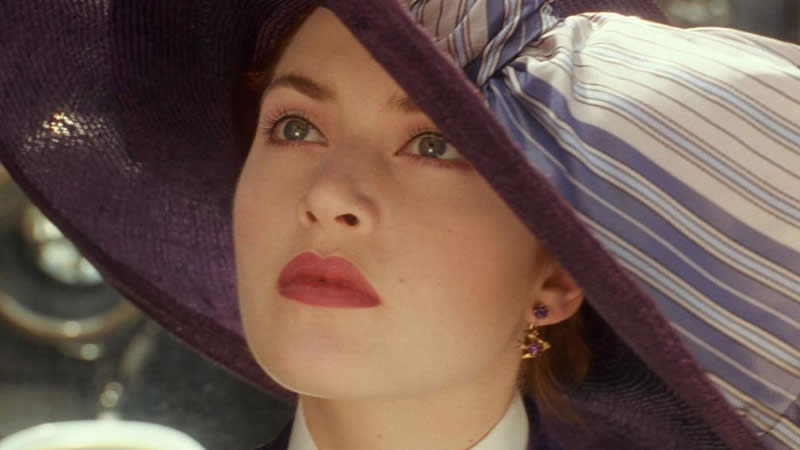 She reclined naked in Titanic so that Leo DiCaprio’s character could draw her portrait, and in 2006 got downright dirty in a steamy laundry room in Little Children.

Kate Winslet was even happy showing her lumpy bits in a sex scene with Guy Pearce in Mare of Easttown, refusing to let a “bulgy bit of belly” be edited out. But at 45, the actress says she is done with stripping on screen.

She said: “I think my days are getting a little bit numbered of doing nudity. I’m just not that comfortable doing it anymore.

“It’s not even really an age thing, actually. There comes a point where people are going to go, ‘Oh, here she goes again’.”

Kate was dressed down and made under to play detective Mare Sheehan in the Sky Atlantic whodunnit series, Mare of Easttown, which ended on Monday to critical acclaim.

The make-up team had dulled her skin and made her eyebrows heavier for the role.

Kate said: “I hope that in playing Mare as a middle-aged woman — I will be 46 in October — I guess that’s why people have connected with this character in the way that they have done because there are clearly no filters.

“She’s a fully functioning, flawed woman with a body and a face that move in a way that is synonymous with her age, her life and where she comes from. I think we’re starved of that a bit.”

When she saw promotional images for the show had been retouched, Kate insisted they go out unedited.

In an interview with the New York Times, she said: “They were like, ‘Kate, really, you can’t,’ and I’m like, ‘Guys, I know how many lines I have by the side of my eye, please put them all back’.”

And when director Craig Zobel told her he was going to edit out a “bulgy bit of belly” from her sex scene with former Neighbours star Guy Pearce, 53, she told him: “Don’t you dare!”

Kate’s sex scene catalogue includes Ammonite, The Mountain Between Us, Iris Revolutionary Road, and with Patrick Wilson in Little Children. She and husband Ned Smith, 43, discussed her latest character Mare’s sexual shenanigans when she got the script.

Mum-of-three Kate said: “In episode one, she’s having sex on a couch. I said to my husband, ‘Am I OK with that?

“Is it all right that I’m playing a middle-aged woman who is a grandmother who does really make a habit of having one-night stands?’ He’s like, ‘Kate, it’s great. Let her do it’.

The Latest from the Entertainment World

Brad Womack is head over heels in Love!

Kourtney Kardashian and Justin Bieber Spotted Together at Miami Nightclub