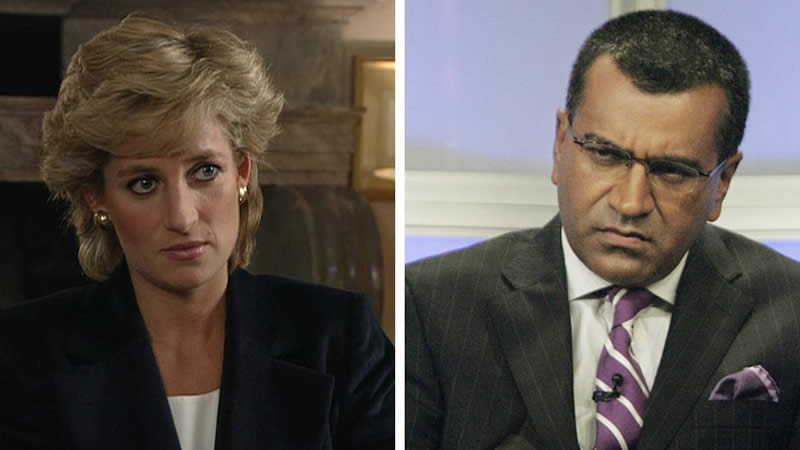 Martin Bashir’s interview with Princess Diana is set to be covered on The Crown.

According to a new report, the hit Netflix series will include how he “groomed” Princess Diana.

In fact, it was here that Diana said there were “three of us” in her marriage to Prince Charles.

And she also eluded to her affair with James Hewitt.

But a new inquiry has confirmed means of deception were used by Martin and the BBC to secure the interview.

Martin is also said to have fuelled Diana’s suspicions she was being “spied upon” by the royal family.

Now a source tells The Telegraph that this saga will be explored in full on The Crown.

The source stated: “The team were doing the most incredible research and they’ve got it all in there.

“The build up to the interview, how Bashir effectively groomed Diana, the interview itself, and the aftermath are all factored in over more than one episode.”

However, this will likely come as a huge disappointment to Prince William.

Diana’s eldest son said he hoped it would never be aired or discussed on television again.

He said: “It is my firm view that this Panorama programme holds no legitimacy and should never be aired again.

“It effectively established a false narrative which, for over a quarter of a century, has been commercialised by the BBC and others.”

He added: “This settled narrative now needs to be addressed by the BBC. And anyone else who has written or intends to write about these events.

Finally concluding: “In an era of fake news, public service broadcasting and a free press have never been more important.

“These failings, identified by investigative journalists, not only let my mother down, and my family down; they let the public down too.”

Filming for series five of The Crown has yet to start.

It won’t start until June of this year and is scheduled to be released at some point in 2022.

Vin Diesel: ‘Fast and Furious 7′ Will Win Best Picture at the Oscars