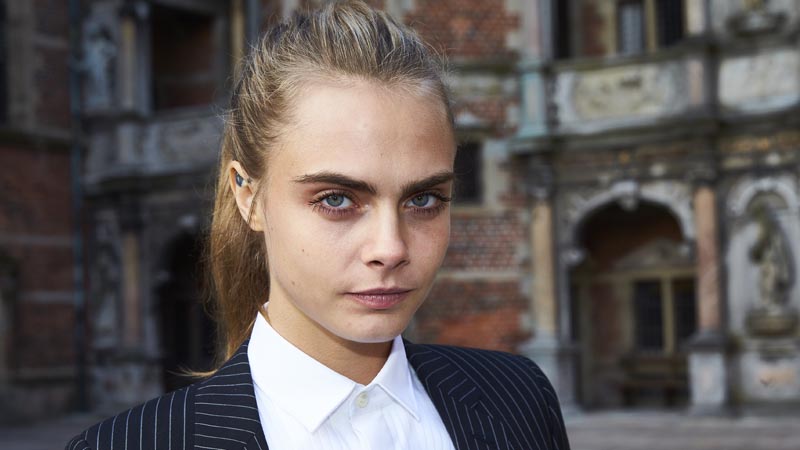 Cara Delevingne was not cast in ‘Paper Towns’ because of her successful modelling career but because of her talent, says director John Green. The film’s director, John Green, insists the 23-year-old beauty’s previous work had nothing to do with her landing the role of Margo.[contentblock id=1]

Read More: Cara Delevingne: I am a Hopeless Romantic

He said: ”She did not get cast because she was a supermodel. In the movie, she looks like a kid. Cara’s public persona has a lot in common with Margo. Cara is complicated, multifaceted, smart, talented and she is also very sensitive, which maybe we don’t see as much in public.” The 37-year-old filmmaker also suggested Cara’s experience of fame helped her to channel her character’s emotions.[contentblock id=2]

Read More: I was a Rebel at School: Cara Delevingne

He told the Observer newspaper: ”She is able to go to deep, difficult places when she is acting, and I was very impressed by that. There is a moment where Quentin says, ‘I love you Margo’, and Margo says, ‘Love me? You don’t even know me’. In her audition, Cara said that with such depth of feeling, it seemed to me that maybe she was a person who knew what it was like to have people love you and not know you.”

Lady Gaga under fire over her Assault-rifle Bra