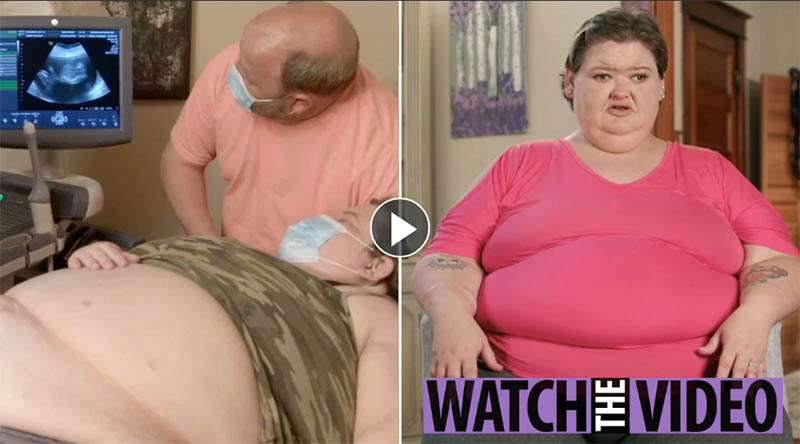 The TV personality said: “Having a baby means the world to me, it’s everything I’ve always wanted.” The happy news comes just four months after she successfully underwent bariatric surgery. While the procedure went smoothly, Amy explained in the clip that her surgeon advised her to not try to become pregnant for two years.

After sharing her doctor’s advice, she simply added: “Oops.” During a phone conversation, Amy admitted she was “scared as hell” when it came to her pregnancy. The short video also shared an upcoming storyline for Amy’s 34-year-old sister Tammy, who is struggling to keep up with her weight loss goals.

While talking to her brother in the clip, Tammy said: “I had reached Dr. Procter’s goal for surgery, but I’ve fallen off the wagon.” After her brother offered to join her on the weight loss journey, he added: “No more excuses.”

The drama continued when Amy admitted she doesn’t “trust” Tammy’s boyfriend to keep her motivated on her weight loss goal. The younger sister said: “She needs somebody that’s going to motivate her in this weight loss, not just want her to stay the way she is.”

Amy elaborated on her pregnancy worries at the end of the video, explaining: “There’s so many unknowns with this pregnancy. “Anything could go wrong.” Tammy added of her sister’s high-risk pregnancy: “Amy got pregnant way too soon after surgery.

“It could possibly kill her in the end.” Amy underwent surgery during the season 1 finale of 1000-Lb. Sisters. While both of the Kentucky-based sisters hoped to go under the knife, Amy was the only sibling with a low enough weight to qualify.

The expectant mother weighed 406 lbs. when she started filming the TLC docuseries. Before having the surgery, Amy said she felt like she was “walking on eggshells” around Tammy because she was “upset.”

Halle Berry: Second Pregnancy Is “Biggest Surprise of My Life