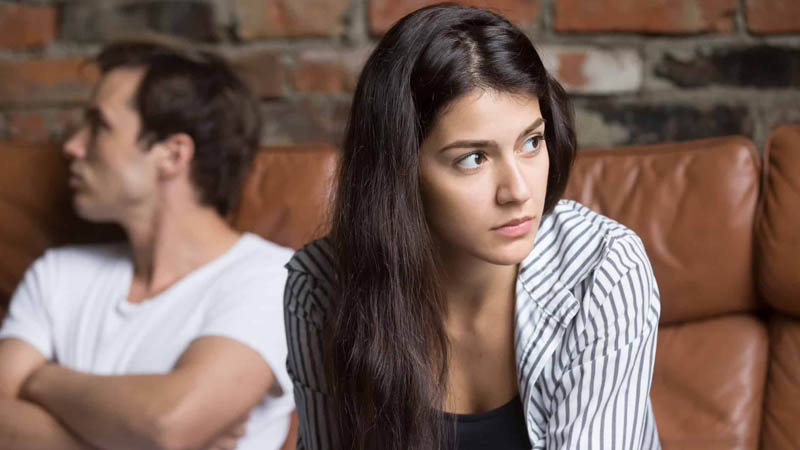 After I cheated on my husband and my affair came to light, I moved out of the family home. Of course I did. I rented a house a mile away. I moved all of my own things into the house by myself one rainy day in the summer when the children were staying with their grandparents for the week. I only had a few boxes.

As I unpacked the car in the rain, my husband arrived at my new house with sandwiches. Gently he urged me to sit down, eat something, drink some tea, stop rushing around. He looked after me.

When the unpacking was done he gave me a bunch of flowers and the saddest of hugs, and then he left me in the cavernous beamed hallway on my own and went back to the house we had bought together thirteen years previously, in what already felt like another lifetime.

It was done. We were not together anymore.

I began to construct the fragile semblance of a single life — a life I didn’t want, but a life nonetheless. My husband and I were civil whenever we needed to speak, things were calm, and it was all ok. It was tolerable. The weeks went by and the summer faded as they always do and autumn arrived, wetly.

My eldest daughter started at university and my youngest joined her brother at secondary school. Lives changed. Days shortened, leaves fell, clouds gathered. Nothing changed for me, though; the self-loathing turntable of self-inflicted misery span round again, as it had through all of the summer. I was so tired and so resigned to it and so very bored of feeling sorry for myself.

As autumn began my husband told me that he had begun, tentatively, to go on dates with someone. She worked in the same industry as he did and she was a similar age to us both; she was divorced, with three children of similar ages to ours.

He explained gently to me that he really quite liked her. It wouldn’t become serious, he said, not when I had broken his heart so recently; but he enjoyed her company and spending time with her. He said that he had wanted to tell me before the children mentioned it. He said that she was sweet and liked him a lot and that he was enjoying their casual dates.

From a mutual friend, I learned a lot more about my husband’s new love interest. She was apparently very pretty (and she looked very different to me, being sultry-dark to my Scandi-fair). My friend told me that her main impression was that this new woman thought my husband was wonderful.

Although their interactions were still very casual and lighthearted, she could not believe she had met someone so kind after years of dating a string of bad men who had been cruel to her. She could not believe her luck and she told him so, constantly. She was entirely guileless, she was a good person, and she had not done my husband any wrong.

In all of those ways, she had already beaten me.

When my husband dropped our daughter at my house and headed out — handsome in clothes we had bought together, wearing aftershave I had once chosen — to meet this woman for dinner, or for a walk, or to go to the cinema, or for drinks, I felt like I couldn’t breathe.

He did not rub my nose in any of it, not ever. If I wanted to talk to him about anything at all (our children; our finances) he would wait and talk to me, patiently, not checking his watch — he never showed me that he was putting someone else first.

But of course, then, he would leave — because he was putting someone else first, now. It was not me anymore that he wanted to spend his free time with. He would drive off, and I would sit in my rented house which would never be my home and I would feel, again, the familiar sensation of not being able to breathe.

I knew that I had to get a grip. To stop feeling this ridiculous infantile self-pity and sort my life out, prepare myself, bounce back. I knew that I deserved every bit of how I felt. I also knew that I would survive and that I did have a future, whatever shape it would take.

Everyone had already been far kinder to me than I deserved — particularly my family, to whom I’d made myself totally unrecognisable. I wanted to repay that kindness by rebuilding a decent self.

And at the heart of everything, I slowly realised that what I wanted, more than anything, was for my husband to be happy. I did. I really really did. It was just going to take a long time for me fully to accept that he would be happier without me.

That realisation was the turning point.

Seeing the truth — that my husband’s happiness was more important than mine — was the flicked switch that allowed my lungs to work again. I was still very sad, I was still very ashamed, and I was still very lonely — but I had been given a whisper of faith in my own ability to love properly again in the future.

Meanwhile, my husband blossomed in the simple affection and ease of gentle dates with someone else. It still hurts me to write that, years later, but it is true. He became calmly confident of his own worth.

I watched him move away from me and it hurt more because I knew he wasn’t rebounding. This wasn’t desperate or an attempt to make me jealous. He was just dating casually and lightly and it was healing him.

Autumn apart turned into winter apart and then one cold evening, in the gentle post-work gloaming, my husband came to my house to see me. Unusually, none of our children were with him; he wanted to talk only to me.

He had been out the night before with friends, he explained, people we had both known for a long time. And all evening, as they told their anecdotes and stories, he had wanted only to share them with me.

He said that this had shown him he should not be in a relationship with someone else, not yet, and in the morning he had called and politely ended things with the woman he had been dating.

She had understood, he said. She was sad about it, she had wanted to talk more and offered to do so in the future, but she wished him well. She said she was grateful for his honesty and that she had always known it was a bit soon for anything serious. She told him she had always thought he still loved me.

In the half-light of the evening my husband looked me in the eyes and told me that when he hung up that call, he had realised for the first time since my infidelity had been exposed that he wanted, hoped, for us to get back somehow to what we’d once had.

It would be a long road if I chose to join him on it, he said. He was not certain that we would succeed, but he knew now that he was strong enough to try.

Our journey together since that day has been both longer and shorter than either of us imagined. But I still maintain and know that without that interlude — without the months that we spent apart, during which I was able to reflect on my mistakes and my husband was able to find himself again through dating someone that was not me — our shattered marriage would never have been repairable. It wouldn’t have stood a chance.

10 Dating Tips That Will Transform Your Love Life

Manage your Mood Swings While Dating