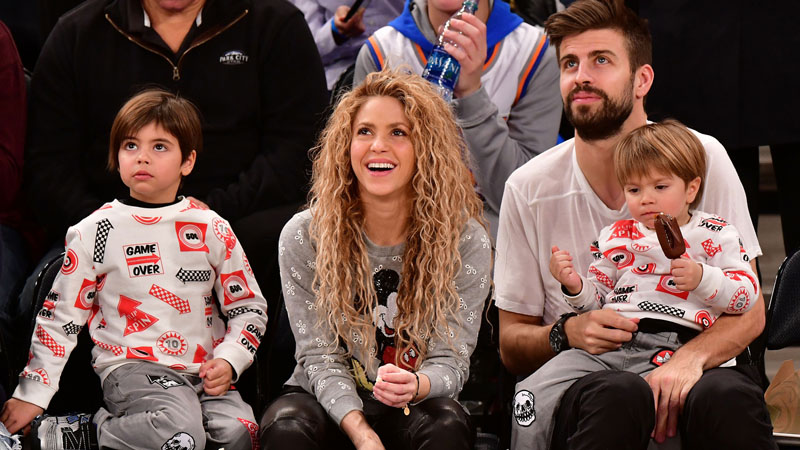 Looks like Shakira‘s sons are always on her mind. In an interview on the November cover of Cosmopolitan as per PEOPLE, the 44-year-old singer discussed her children, Milan and Sasha whom she has with her boyfriend, Gerard Piqué. “Having a partner who’s completely opposite in that sense comes in handy. My mind never stops,” she told the magazine.

“I dream about my kids. I worry about them constantly. I torture my poor husband. Well, he’s not really my… I don’t know what to call him!” Shakira eventually decided to refer to Piqué as her “baby daddy,” saying that, “I torture him about every issue I see with my kids.” “I’m a tiger mom and a helicopter mom and all these different moms,” she joked to Cosmo.

However, the singer and the 34-year-old Spanish soccer player initially met in 2010 and have never married. Last year, Shakira told 60 Minutes that marriage “scares” her, saying “I don’t want him [Piqué] to see me as the wife. I’d rather him see me as his girlfriend.”

Meanwhile, The Grammy winner previously spoke to PEOPLE about parenting when her sons were toddlers and babies. “It’s one of the most difficult things I’ve done in my life,” she said at the time. “I’ve been on the most challenging stages performing in front of really demanding audiences and I’ve been meeting with world leaders who sometimes make you a little bit apprehensive, but nothing has made me so self-conscious as being a mom.”

The “Hips Don’t Lie” singer said that she and Piqué strive to keep their two boys’ lives as regular as possible. “There are artists who always need a crowd. I don’t need that,” Shakira explained. “I like disappearing for a while and just being a person.”