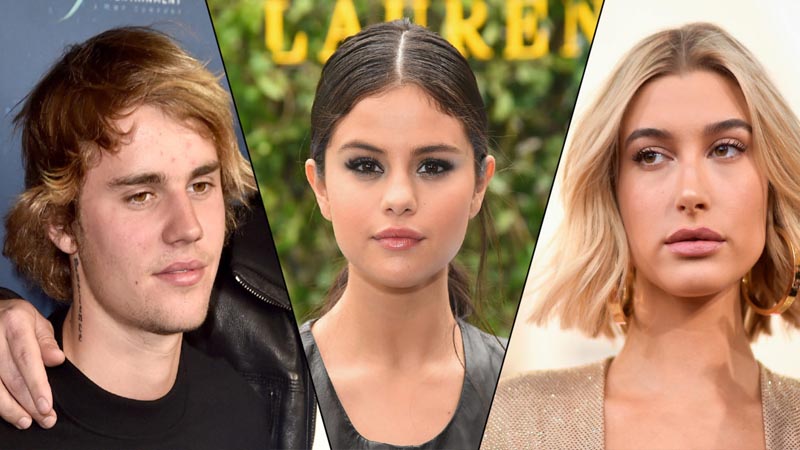 The narrative of Selena Gomez vs. Hailey Bieber has been ongoing for years, and now, a source is speaking out about it all. A source told ET, “Selena, Justin and Hailey are all tired of the Selena vs. Hailey narrative at this point. It’s exhausting for everyone and they just want people to move on so they can move on too and not focus on any further negativity or past situations.”

If you missed it, last week, a “Jelena” fan, which is a fan of Justin Bieber and Selena‘s past relationship, asked fans to bombard Justin and Hailey with Jelena comments. Justin and Hailey were not happy that this happened, and it caused an uproar from fans. Justin Bieber attempted to put an end to comments comparing his wife Hailey Bieber with his ex-girlfriend Selena Gomez.

Things unfolded after a fan after posted a video urging Selena fans to bombard a live session featuring the couple with comments rallying Selena. “This is the time where they will not be turning off comments. So we need to f—king bombard that s—t with Jelena and how Selena is better. Go after her, please, let’s all go after her,” the girl in the video.

The video caught Justin’s attention and he addressed the issue on his Instagram Stories. The Yummy hitmaker shared a statement reacting to the hurtful video. “This sad excuse of a human just encouraged people on video to literally go after my wife telling people to say that my previous relationship was better so on and so fourth [sic]. I just wanted to share this so people get an idea of what we face on a day to day,” he said.

“It is extremely hard to choose the high road when I see people like this try and rally to gather people to bully the person I love most in the world. It is not right,” Justin commented. “As many people as there are that want to spend their time publicly degrading shaming and trying to humiliate us we would like to ask those who have it in them to lift us up in prayer. We need prayer and support as we continue to put ourselves out there!” he concluded the note.

8 Hairstyles to Try When Your Bangs Are Growing