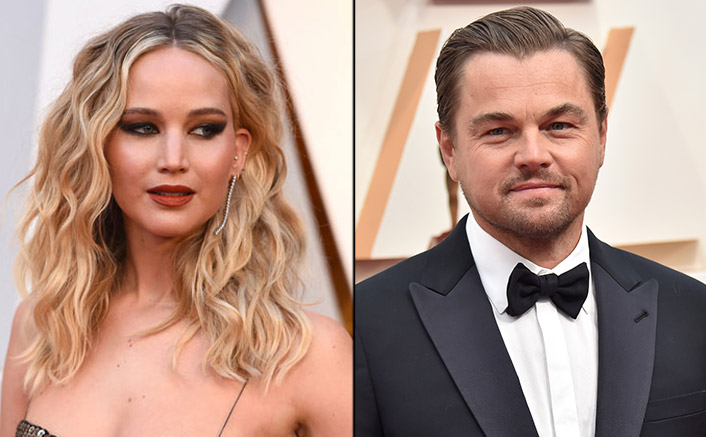 Actor Leonardo DiCaprio and Jennifer Lawrence spotted for the first time on the set of his new film Don’t Look Up, which will be released on Netflix. The two stars were reportedly spotted by the Boston transportation hub shortly after noon and the pics went viral on the internet.

The upcoming Netflix film will see Leonardo and Jennifer play the role of low-level astronauts going on a media tour to warn the world of an asteroid set to destroy Earth in six months. Interestingly, the film marks Leonardo’s first film with the streaming giant.

Reportedly, after Leonardo and Jennifer were spotted filming on the set in Boston, Massachusetts on Monday, pictures of the two stars went viral on social media. The pics revealed both stars’ look in the upcoming Netflix film. In the viral pictures, Leonardo can be seen looking quite the intellectual with his smart black glasses and beard.

Leonardo DiCaprio appeared in his button-down plaid shirt, corduroy jacket, and ruffled mane of brown hair, while Jennifer sported a mustard yellow sweater and bright red hair, as well as a face shield. The Titanic actor was not wearing a face mask. However, the set was obviously taking precautions against coronavirus with one production worker seen wearing a covering in the background.

Take a look at these pictures below:

LEONARDO DICAPRIO & JENNIFER LAWRENCE THIS IS NOT A DRILL pic.twitter.com/bxN2PBEPtq

As the two stars were out of sight in less than a minute, many in the crowd were happy with whatever they could get. Dozens of fans were lined up at the platform entrance, and many waiting hours for a brief glimpse at any of the film’s many stars.