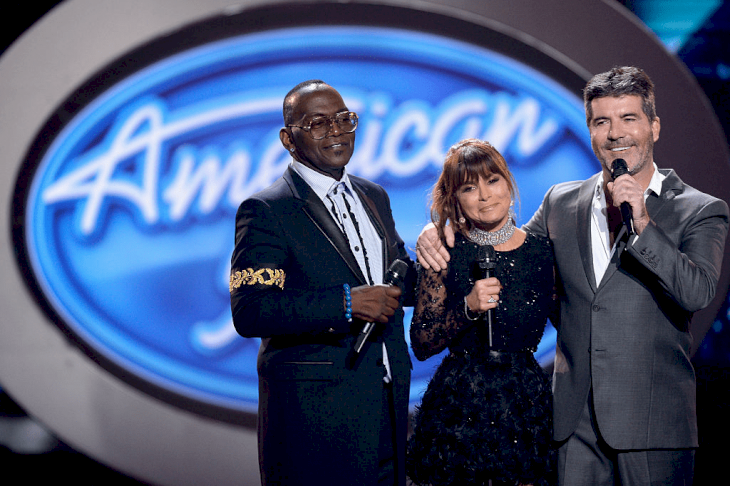 The cast and former competitors of the competition show “American Idol” have gotten some unsettling news recently, and they have rushed to social media to express their reactions. From finalists of the competition to the official page of the show, let’s have a look at what they had to say.

Created by Simon Fuller and with its first airing episode in April 2002, “American Idol” quickly became one of the most popular shows among American viewers, as well as one of the most successful television competitions in television history in the country.

With 19 seasons and counting, the show amounted to over 30 million viewers on several occasions and has brought us many successful artists over the years. Singers such as Carrie Underwood, Kelly Clarkson, Jennifer Hudson, Clay Aiken, Jordin Sparks, Adam Lambert, and David Archuleta all started their career on “American Idol”.

The first season of the show counted with circa 10,000 auditionees, from which 121 were selected to move to the televised auditions. Co-hosted by Ryan Seacrest and Brian Dunkleman, season one gave the American audience the excitement of competition mixed with the high-quality singing skills of the contestants.

Counting with the talented Paula Abdul, Simon Cowell, and Randy Jackson as judges, the first season of “American Idol” brought us unexpected drama, controversies, amazing singers, and not so good singers as well. More importantly, it allowed people across the country to connect through music and support their favorites one step of the competition at a time.

From the thousands of applicants, three singers rose to the top and enchanted the audiences and judges alike. While the winner, Kelly Clarkson, was not considered a front-runner of the show, she did manage to convince the viewers to vote for her. The second runner-up was Justin Guarini, who auditioned with a version of “Who’s Lovin’ You”.

In third place came Nikki McKibbin, who had previously made an appearance on the show “Popstars: USA”, and who delighted everyone with her performance of Gloria Gaynor’s “I Will Survive”. While she didn’t reach the gold in this competition, she managed to become one of the audience’s favorites. Let’s have a deeper look at who she was.

Originally from Grand Prairie, Texas, Nikki McKibbin was born on September 28th, 1978, and rose to fame with her wonderful musical renditions on the competition of “American Idol”. While she had tried previously to make it in the music industry, through auditioning to the international singing show “Popstars”, it wasn’t until 2002 that her dream came true.

After making it to the final, alongside Kelly Clarkson and Justin Guarini, Nikki continued her pursuit of musical greatness, having released her debut album in 2007, which she titled “Unleashed”. Before that, however, she made some appearances on television shows such as “Fear Factor”, “Battle of the Network Reality Stars”, and “Kill Reality”.

The same year as her debut as a labeled singer, Nikki took to the road where she toured with the metal band Rivethead. This allowed her to do promotional work for her new album, but also to inspire those around her, especially her son Tristen, who would end up following her footsteps into “American Idol”.

One of the most well-hidden secrets to surround Nikki during her time at the show is related to her relationship with Simon Cowell, which was not positive, to say the least. According to the singer herself, the judge made some unfortunate comments about her eyes, which led her to respond in a rude manner.

Nikki has spoken honestly about her experience with Simon during an interview with Rushfield, where she described their interaction and how it made her feel. Cowell has denied that it ever happened, however, after the incident, Nikki never received positive feedback from him again. We can’t help but wonder what truly happened between the two.

According to some sources, Nikki was offered a contract from 19 Entertainment after placing on the podium at “American Idol”, however, she denied pursuing it further. According to the claims, Nikki wanted to focus her music on the rock genre, and the contract would oblige her to sing country music.

Nikki’s life quickly turned sour, as she had difficulty finding work as a singer, and due to that turned to unhealthy habits. Leaving her dream of being a rock singer behind, Nikki began working as a shopkeeper in Fort Worth. According to some sources, she keeps a poster from season 1 of “American Idol” on the shop’s wall.

The tragic news of Nikki’s passing hit the internet recently when her husband, Craig Sadler, shared a post on social media. Sadler wrote that Nikki had suffered from a brain aneurysm which left her on life support, being taken off of it a few days later.

On his Facebook post, Nikki’s husband indicated that she is an organ donor and that she would be helping others survive. “Even in the end she is still giving,” Sadler wrote. Her son, Tristen Langley, also informed The New York Times of his mother’s passing, which happened in Arlington, Texas.

Being a person loved by many, Nikki’s passing will leave a legion of friends and loved ones in grief, stated Sadler, who explained that Nikki was left on life support after the aneurysm in order for her organs to be healthy enough for transplant. “She loved so many of you and I know you loved her too,” he wrote.

Former-“American Idol” contestant Justin Guarini was one of the first people to share his condolences on social media. He wrote on Instagram that he accompanied her through her career development, from a Karaoke bar singer to finalist of season 1 of “American Idol”.

Asking friends and fans to say a prayer for her family, he admitted he was heartbroken with the news. His Instagram post continued explaining that Nikki was a “fiery, funny lady” who was an incredible singer, remembering the times they spent together on the singing competition and giving her credit for overcoming her challenging life.

Guarini admitted on his post that not everyone was kind to Nikki throughout her life, having caused more harm than good to her already difficult life. The singer continued remembering the good times he and Nikki had together, mentioning the time Stevie Nicks from Fleetwood Mac sent her flowers after the competition.

“You are the Gypsy that I was…” Stevie Nicks wrote on the card that came along with the flowers. According to Guarini, this was one of the most special moments of Nikki’s life, and that her “joy and excitement that radiated from her was infectious.” His post ended with thank you words to Nikki herself.

Justin Guarini, who was a close friend of Nikki, finished his heartwarming message on Instagram with a thank you note, for the laughs they shared, her constant teasing, the strength she demonstrated alongside her vulnerability, and the love and friendship she gave him during their journey on “American Idol”.

Nikki McKibbin was an incredible talent and we are deeply saddened by the news of her passing. She was part of our American Idol family and will be truly missed. Our hearts and prayers go out to her family and friends during this difficult time.