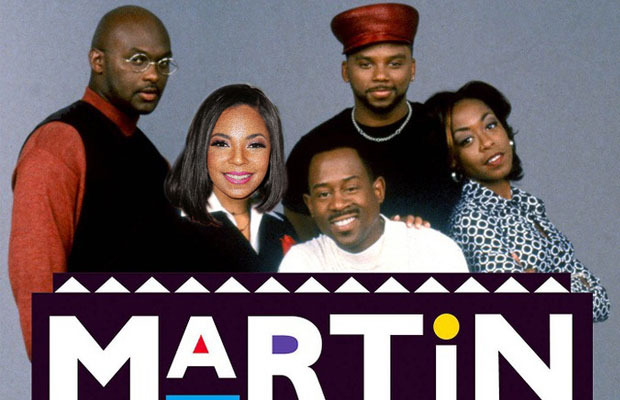 Actor Chris Williams took to social media to share what he described as an unpleasant experience while working on-set of the show, Martin.

Chris Williams described Martin Lawrence as an egomaniac who had someone personally fanning him on-set. Additionally, Chris alleges that he nearly got a concussion following a stunt they did together.

This was one of my first guest star roles back in the ‘90s on MARTIN. It was an interesting experience for many reasons: I auditioned and got the job, but on the DAY I was shooting, I had to have an “extra” audition JUST for the egomaniacal Martin Lawrence. He sat at the end of a long table with fingers touching in front of his face across from me and I did the same thing that I booked. It was confusing because I had already been given the job and this was one of my first experiences so I just went along with it. Then when we were on set, he yelled at the person bringing him a NEW water because he had taken a sip out of the last one and had someone following him around with a fan. I had never seen a “star” treat people so rudely. The piece de resistance came when shooting the scene you see here.
First take, when I landed on the floor and was done with the scene as he was beating up the mannequin, out of nowhere I feel the dummy land on me and with all of his weight jumped on me and my head slammed into the ground. I was dazed and confused and almost had a concussion. I didn’t know what was happening. They yelled cut and he got up and walked away. The crew came over to me and helped me up and said : “don’t worry about him. You are just being too funny”. So the second take (seen here) I purposely landed on my side so I could see him coming. He didn’t the same thing but THIS time he punched the dummy on the ground and then punched me twice. This was my first lesson in my acting career that you need to take care of yourself and speak up when someone does something unprofessional. Which I did not. I didn’t know any better. I’ll never forget that day and as you can tell I am NOT a fan of his.

Williams continued, “(Then a year later when I was working the door at a club my brother in law @trichemon owned. He gave attitude because he wanted to get in the club and wasn’t on the list. When they let him in, he turned to me and said: “there’s always McDonald’s” as to infer that even though I was doing my job he wanted to belittle me. They made him apologize to me later…) that is my story.”

Martin aired between 1992-1997 and it’s unclear when Chris crossed paths with him on-set. But he isn’t the only actor who had an issue with the comedian.

Tisha Campbell filed a sexual harassment in 1997 lawsuit accusing Lawrence of “repeated and escalating sexual harassment, sexual battery, verbal abuse and related threats.” The lawsuit was settled outside of court and Martin walked away from the show as a result.

“I just decided to end it. People said that I got canceled, but that wasn’t the case. I decided to just leave the show,” he explained to GQ.

Martin Lawrence hasn’t responded to the claims at the time that this article was published.

Fans were looking forward to a previously teased reboot but Tischina Arnold and Tisha Campbell said that it’s “unlikely.”

“As far as a reboot, I don’t think that’s going to happen,” Arnold said. “Tommy is no longer with us. This show is never going to be the same, it’s never and some things are best left alone.”

Check out the clip below:

You Will Never Eat Chicken Again After Reading This