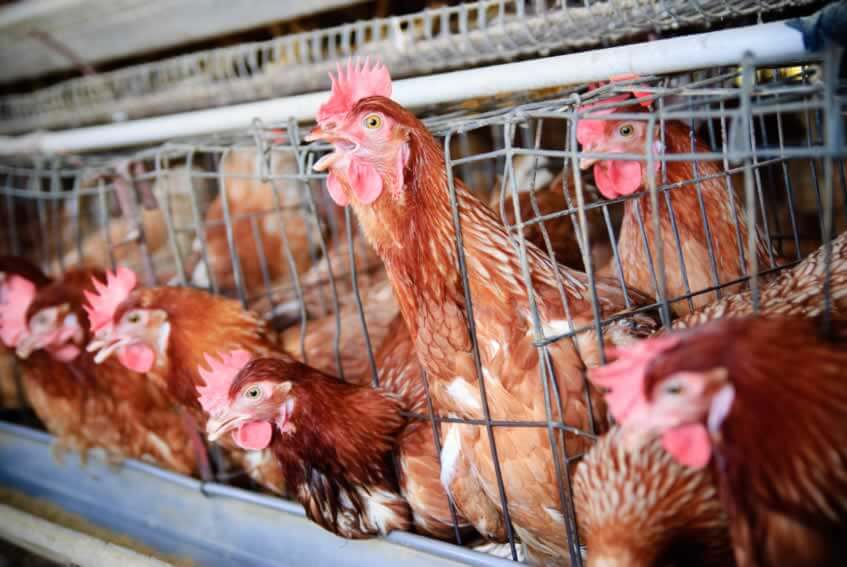 People are convinced that birds make a healthier option than pigs or cows, however, under all those false promises regarding leanness, best source of protein, low in fat – poultry is not an ideal health food at all.

Eating chickens is not only a barbaric practice, but also extremely damaging to one’s health. If you think cow or pig slaughter is bad, the slaughter of birds is even more horrifying.

However, here are some facts about chicken that will make you second-guess your favorite nuggets or burgers.

According to media reports, tests conducted on raw chicken purchased across the United States (US) have found that 97 percent of tested chicken breast samples ‘harbored bacteria that could make you sick’.

In fact, research from the Center of Disease Control and Prevention (CDC) found 85 percent of urinary tract infections (UTIs) are caused by E. coli bacteria found in chicken.

According to reports, most of the chicken producers often pump salt water (normally known as saline) into chickens to keep them juicy and flavorful and even plump them. So that chicken you’ve been eating? One-fifth of it is actually water.

The Food and Drug Administration (FDA) has admitted that chicken meat is filled with arsenic, a highly poisonous chemical that is four times more toxic than mercury. According to details, the substance is given to chickens because it prompts quicker weight gain and less feeding, and it also enhances the pink coloring in raw meat.

In 2013, Dr. Oz got everyone in a tizzy when he revealed that as much as 36 parts per billion (ppb) of arsenic was found in apple juice. However, a normal sized chicken contains as much as 430 ppb of the poisonous chemical, at least 30 times more than apple juice.

Chickens that are farmed for food have been manipulated so much that they barely resemble what we think of a normal chicken. In 2013, author Karen Davis wrote, “Chickens bred for meat have been rendered ill and unfit as a result of genetic manipulation, unwholesome diets, drugs, antibiotics, and the toxic air and bedding in the sheds where they live in almost complete darkness.”

Factory-farmed chickens suffer from painful deformities inflicted by the workers such as debeaking due to their living conditions. Not only that, these chickens are tightly packed into warehouses resulting in trampling and killing in fights. Furthermore, factory-farmed chickens are starved, dehydrated, suffocated, and stuffed into close quarters with dead, decaying, or extremely ill chickens.

There are little to no cruelty regulations in the chicken industry. In fact, birds have officially been exempted from the ‘Humane Methods of Slaughter Act’. Around 9 billion chickens and turkeys are killed for meat each year in the US alone; more chickens are raised and killed for food than all other land animals combined.

“The U.S. Department of Agriculture exempts birds from its enforcement of the Humane Methods of Slaughter Act, which requires that farm animals be insensible to pain before they’re shackled and killed,” according to the Humane Society of the US.

Once at the slaughterhouse, the birds are hung upside down and their throats are cut open by machines. The chickens are then immersed in scalding-hot water for feather removal – and they are fully conscious throughout the entire process.

So, you have finally made it to the end of this list and you must have been thinking to just switch to ‘free-range’, ‘organic’, or ‘humanely-raised’ chicken? THINK AGAIN.

New COVID-19 variant: here is what scientists know about B1525

You may have already had COVID-19 if you feel like this, says Fauci

The Secret to Losing Belly Fat