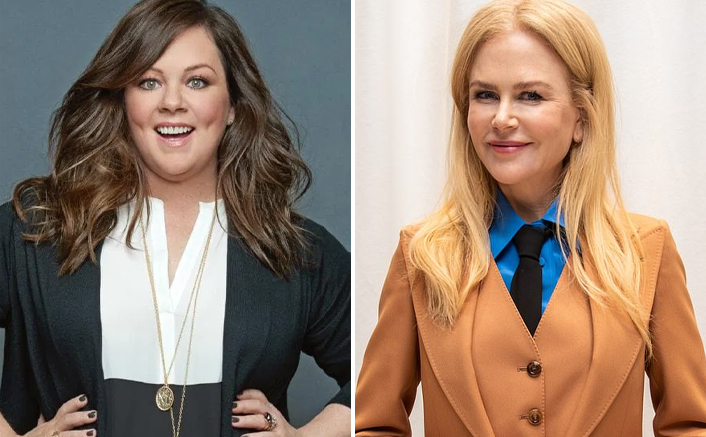 Melissa McCarthy has a peculiar way of praising Nicole Kidman. She says Kidman is a wonderful weirdo.

“I’ve met Nicole but I’ve not worked with her and there’s something so regal about her. You expect her to be like, ‘Hello, I’m Nicole Kidman.’ But as you get to know her and you’re like, ‘She’s weird!’ She’s like a wonderful weirdo,” McCarthy said while talking about the actress on the “Tonight Show Starring Jimmy Fallon”, reports femalefirst.co.uk.

Kidman went on to praise her other “Nine Perfect Strangers” co-stars including Bobby Cannavale and Michael Shannon, reports femalefirst.co.uk

“It is such a good group, and everyone’s so weird, which is always like my favourite when you find it.”

“Nine Perfect Strangers” is an upcoming drama mini-series based on the novel of the same name by Liane Moriarty. The series is created by David E. Kelley and John Henry Butterworth and is slated to be released in 2021.

The Bold And The Beautiful Spoilers: Steffy Begs Liam To Keep Dirty Little Secret, But He Can’t Keep Quiet?

Woman Kicked Her Sister Out on Thanksgiving Day — Here’s Why

Jimmy Fallon’s Wife Launches A School For The Children of Their Neighbours & Friends, Deets Inside!

Selena Gomez tired of being pitted against Hailey Bieber? The duo & Justin Bieber ‘want people to move on’