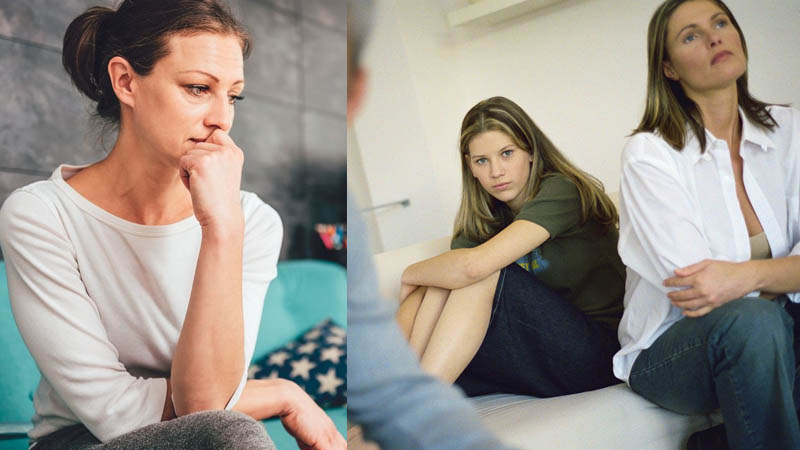 A female Reddit user took to the platform to reveal that she kicked her sister out of her house on Thanksgiving Day for being insensitive to her son’s need.

Special holidays like Thanksgiving are usually time for family bonding and dinners. Having siblings and friends over is a regular practice, but one Reddit user did the exact opposite.

A mom of a 16-year-old boy took to social media platform Reddit to vent her frustration and get the public’s opinion for kicking her sister out of her house on Thanksgiving Day.

Mother’s tend to do anything for their children, and this Reddit user asked to know if she went overboard by severing ties with her sister because of her son.

The Reddit user explained that her 16-year-old son was recently diagnosed with an eating disorder, which has prevented him from going out except for a walk or seeing the doctor.

His condition has left him looking fragile, resulting in him being closely monitored and having his meals weighed and measured by his dietician.

According to his mom, his inability to exercise, which is his favorite thing to do, is causing him a lot of hurts. Before COVID-19, the 16-year-old loved to run and hang out with his friends, and not being able to do that upsets him.

In irritation, this Reddit user asked the sister to leave her house for not respecting her decision or her nephew’s needs.

Thanksgiving Day presented a difficult time for his family, who has been doing all they can to help his mental health, especially watching what they say and do.

Thanksgiving is usually important to this user’s family because they make a big deal about the food and invite friends and family over for dinner. Due to COVID-19, the crowd was limited to her husband, son, sister, and parents.

According to the user, her sister recently became a vegan and has been vocal about it, talking bad about what other people eat. The family decided that for dinner this year, food would not be discussed in any context, especially veganism. Everyone was supportive of the decision.

The poster’s sister asked if she could bring her vegan food over, and she was allowed to do so as long as she made no big deal out of it. Everything seemed perfect until dinner time.

The Reddit user’s sister said the tofu she was eating was healthier than the turkey her 16-year-old son was served. Despite the gestures to make her stop talking, she continued ranting about veganism, which led to her son having a panic attack.

In irritation, the Reddit user asked the sister to leave her house for not respecting her decision or her nephew’s needs. While the poster’s father claimed she was too harsh, her husband agreed that she did the right thing. The confused mom asked for the counsel of other users.

One user remarked that she was right to have sent her sister out because her son’s well being is more important. A second user agreed to the comment by noting that her sister was deliberately insensitive to her son.

A third user said that her sister was wrong to flaunt her lifestyle at her nephew’s face knowing his frail mental state. What do you think? Here’s another interesting story about a woman who did not defend husband when her parents berated him