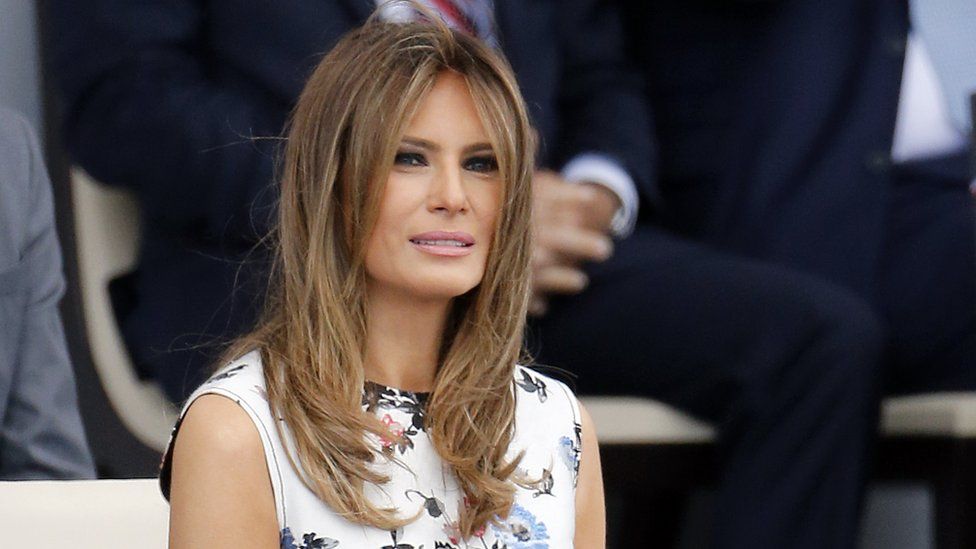 Mrs Trump saw herself at the centre of scrutiny when frenzied Twitter users brought up her past as a model in a bid to justify the First Lady’s latest fashion choice. A Sky News contributor jumped to the 45th first lady’s defence, alleging both scenarios were not comparable.

She added that people drawing such comparisons was a case of “women tearing down other women”.

On Thursday, Mrs Biden sent shockwaves through the Internet when photographs obtained at Andrews Air Force Base in Maryland showed her wearing black floral-patterned fishnet stockings.

The fashion statement was widely commented on across social media platforms, with some users labelling the garments “trashy”.

One person said: “Madonna called and wants her trashy look back, Doc.”

“That’s an outfit for a 3 year old not for an elderly.”

Other Twitter users defended Mrs Biden, with one person hailing the look as “fabulous,” while others took aim at the former First Family.

One user brought one of Donald Trump’s controversial moments into the debate, saying: “Honestly, if you’re more offended by FLOTUS wearing fishnets than the (former) President mocking disabled people then you are the problem.”

But some users referenced Mrs Trump’s modelling days, which saw her on occasion pose for sultry magazine photoshoots.

One user said: “There are pictures of the previous First Lady naked, but Dr Jill Biden wearing fishnets is too much for them.”

Another commenter wrote: “Jill Biden wore fishnets and Melania wore nothing on top and was photographed that way.

“Guess which one the right is outraged about.”