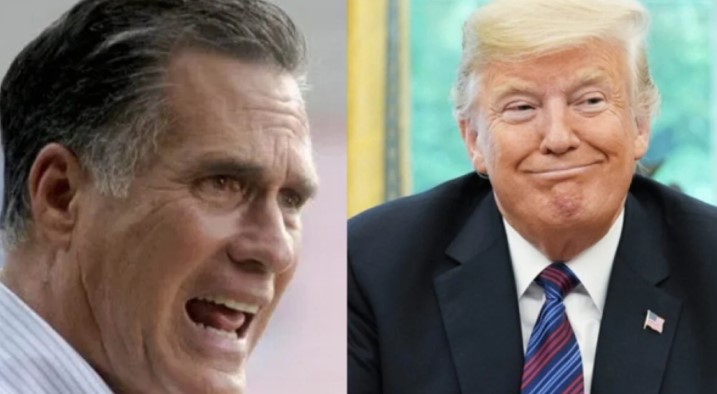 Traitor Mitt Romney went back home to Utah and was met with a face-full of karma.

Romney took to the stage at the Utah GOP convention and was drowned out by a sea of booing.

The American people have had enough of these globalists traitors, and just like with the “woke” sports and corporations, we’re shouting from the rooftops that we don’t approve and we don’t want this nonsense, but they just don’t listen.

People like the “woke left” and Mitt Romeny are so narcissistic and ego-driven that they can’t imagine that “we the people” aren’t buying the hooey that they’re selling.

Just look at the ratings for the “woke” NBA and the sales for “Coke,” and that tells you all you need to know about how we feel about this leftist garbage.

And the same goes for Mitt and the booing…

The days of the Republican establishment are over. They’ve been over for a very long time, but the GOP thinks that now that they got rid of Trump everything will just magically go back to normal. It’s actually, the opposite.

Again, they’re so out of touch and have nothing in common with their voters, they can’t even see how dead and gone they are.

But we’re telling them, every chance we get, and in every way we can think of.

And trust me, President Trump didn’t let this moment go by without making a statement about the booing in Utah.

And what he said, has lit the internet on fire.

So nice to see RINO Mitt Romney booed off the stage at the Utah Republican State Convention. They are among the earliest to have figured this guy out, a stone cold loser!”

Amen. I couldn’t have said it better myself, Sir.

Trump gets it, and he knows his voters.

Here are some of the comments from folks online: