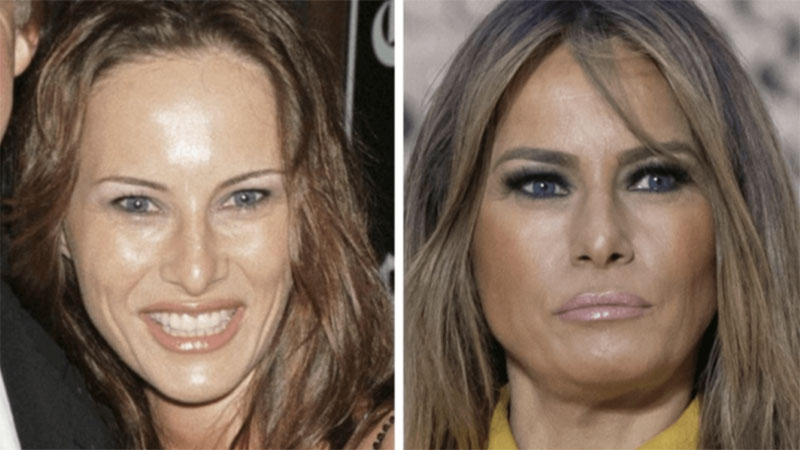 Trump tweet in 2017, said that Mika Brzezinski was “bleeding badly from a facelift” during a New Year’s Eve visit to Mar-a-Lago.

He wrote this tweet a few days after Brzezinski has undergone cosmetic surgery. She said that this tweet happened under the influence of the conversation she had with the couple soon after Trump ‘Presidency.

“I’m talking to Melania about it, woman to woman, then Donald came up and said, ‘you know, Melania has had no work done. She’s perfect.’ I’m like, ‘that’s great,'” Brzezinski said.

Twitter followers didn’t believe him and reacted to his tweet. “He literally lies about everything,” one commented. “Only cosmetic surgery and Botox could create that appalling look …. so much Botox she’s lost the ability to use any facial muscles so has the constant look of an angry expressionless mask!” a second netizen wrote.

“She’s pretty both ways, but dude be real. Yeah it’s a personal thing, but when u live in the public eye and ur pix r accessible everywhere, just admit it or say no comment,” a third user added.

“He has never spoken the truth before why start now. Of course, she has had surgery look at her new nose.. come on,” a fourth netizen wrote.

“Lie!!! it’s pretty obvious she had a facelift,” another user stated.

Several Twitter followers supported trump and said Melania is her wife and just perfect for him regardless of surgery or not.”Every man thinks his wife is perfect,” one commented.

“It doesn’t hurt that Melania is one of the most Beautiful women in the world, and her voice is intelligent and feminine,” another wrote.

“Melania is the most beautiful FLOTUS with class and grace since Jackie O!” a different user added.

“The most Intelligent, educated, speaks 4 other languages fluently and the most beautiful First Lady America has ever had. Melania is wonderful,” a fourth netizen tweeted.

“Regardless of all the slights the beauty received from the media, pictures are forever and generations 100 years from now will still recognize Melania as the classiest, most beautiful firs [sic] lady ever,” a fifth user wrote.