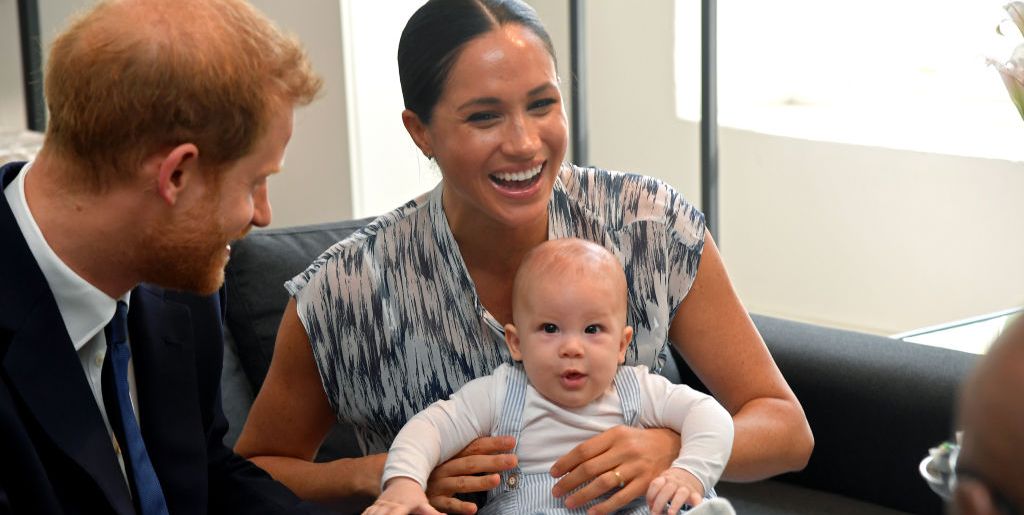 The Duke and Duchess of Sussex celebrated their first born’s second birthday earlier this week, when the youngster spoke to the Queen, Prince William and Kate over Facetime to mark the occasion, an insider told the Mirror.

On his birthday on Thursday, the Archewell co-founders shared an inspiring message on the organisation’s website, asking fans to donate to a worthy cause in their son’s honour.

“We have been deeply touched over the past two years to feel the warmth and support for our family in honour of Archie’s birthday. … We are inviting you to contribute whatever you can — if you have the means to do so — to bring vaccines to families in the world’s most vulnerable places,” Harry and Meghan wrote in a statement.

This was shortly before updating the website with a brand-new pic of their son holding a bunch of balloons.

The royal couple has tried to keep Archie out of the public eye since stepping back from their duties in March 2020 and planned on “spending the day privately” at their home in Montecito, California.

Still, the charitable pair couldn’t resist setting an example for their son.

“They want Archie to grow up understanding the importance of giving back,” a source told US magazine.

“Harry and Meghan feel so blessed to have such an articulate and caring child. Archie is learning to count already and keeps saying, ‘Two!’”

It comes after former Hollywood actress Meghan made her first TV appearance since she and Harry’s bombshell Oprah Winfrey interview was aired on March 7.

The Duchess appeared as part of the Global Citizen VAX Live concert with a pre-recorded video message in which she said women had been disproportionately impacted by Covid-19.

And earlier this week, it was revealed that the Duchess, who is heavily pregnant, has written a children’s book inspired by the relationship between her husband and son.

Meghan’s debut publication for youngsters is called The Bench and is about the special bond between a father and son — as seen through a mother’s eyes, Puffin, an imprint of Penguin Random House Children’s UK confirmed.

The book deal comes after the Sussexes signed a lucrative contract with Netflix and Spotify, rumoured to the worth more than £100million.

The illustrated publication will go on sale on June 8 and features work by award-winning artist Christian Robinson, with the duchess narrating the audiobook.

Meghan, who is expecting a daughter in the summer, said: “The Bench started as a poem I wrote for my husband on Father’s Day, the month after Archie was born.”

“That poem became this story.

“Christian layered in beautiful and ethereal watercolour illustrations that capture the warmth, joy and comfort of the relationship between fathers and sons from all walks of life; this representation was particularly important to me and Christian and I worked closely to depict this special bond through an inclusive lens.

“My hope is that The Bench resonates with every family, no matter the make-up, as much as it does with mine.”