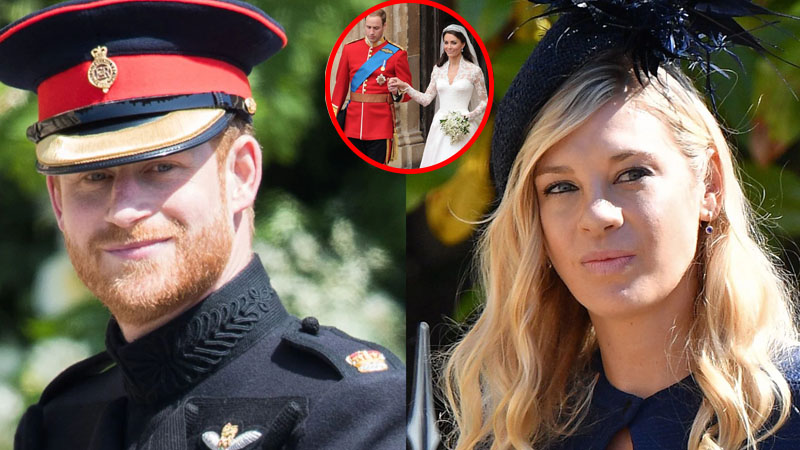 The Duke and Duchess of Cambridge’s lavish ceremony at Westminster Abbey in April 2011, which she attended with Harry, was further proof to Chelsy that royal life was “not for her”, they said.

Despite their seven-year relationship before the wedding, Harry is believed to have hoped to rekindle their romance by taking Chelsy to the ceremony as his ‘plus one’, but it had the opposite effect.

Royal biographer Angela Levin’s book, Harry: Conversations with the Prince, which includes details from friends of the former couple, claims the wedding was the final nail in the coffin between the pair.

“Seeing the enormity and pomp of the day convinced Chelsy that she and Harry had been right to separate,” Levin said.

“Although they had a lot in common, she saw clearly that because they came from such different worlds it could never have worked, especially as she valued her privacy and guarded it so carefully.”

In her book, she wrote: “Being part of the royal wedding had made Chelsy’s mind up once and for all.

“The life of a royal bride was not for her and she told Harry she could never make the sacrifices Kate had made.”

One of Chelsy’s friends told Nicholl: “It was just after the royal wedding when she realised she couldn’t cut it.

“She saw what it would be like in the spotlight, and she didn’t want that life for herself.

“She truly loved Harry, but knew this wasn’t a life she could lead.”

However, the former lovebirds have stayed close friends, with Zimbabwean Chelsy, 32, even attending Harry’s own wedding to Meghan Markle in 2018.

The Duke of Sussex now lives in California with Meghan and son Archie. They are expecting a daughter together in the summer.

Candice Swanepoel Is Raising The Temperature In A Cheeky Orange Bikini