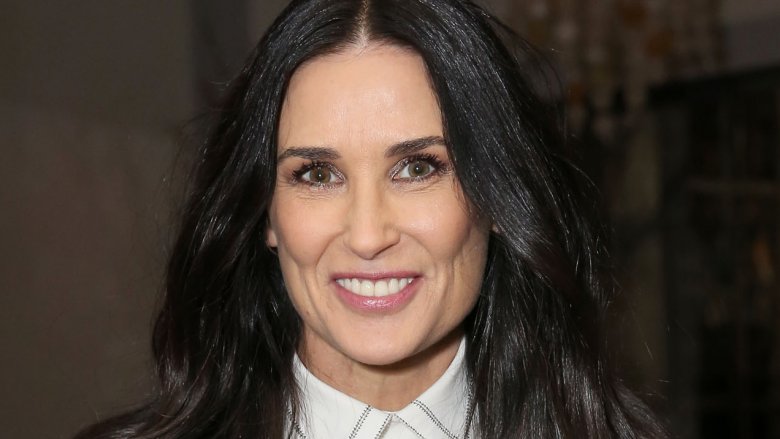 Being a child of celebs is not so good whole experiencing. Demi Moore’s daughter recently revealed she faced challenges because of who her parents are – though not for the reasons you may think.

Moore shares and Bruce Willis’s daughter Tallulah Willis recently opened up about why she used to feel bitter about inheriting her looks from her dad.

She posted a close-up photo of her face and began with a trigger warning for body dysmorphic disorder.

She wrote, “I punished myself for not looking like my mom, after being told I was BW twin since birth – I resented the resemblance as I believed wholly my “masculine” face was the sole reason for my unlovability – FALSE! I was/am inherently valuable and worthy, at any life stage, at any size, with any hairdo! (As are you).”

She added, “Be mindful of the special and impressionable minds around you and their access to social media and potential triggering imagery or the indicators that hyper-focusing on one’s appearance goes deeper than just wanting to feel good in their skin. “We all want to feel good, and confident but when it creeps into a deeper, spookier place where it begins to devour your essence bit by bit, ask for help. Do not feel ashamed, this is not a “stupid, vain issue” this is genuine psychological pain and I see you so clearly and witness the validity in your struggle.”

She concluded how she faced challenges from body dysmorphic disorder can care for themselves, including taking a walk or writing.

As per Mayo Clinic, “Body dysmorphic disorder is a mental health disorder in which you can’t stop thinking about one or more perceived defects or flaws in your appearance — a flaw that appears minor or can’t be seen by others.”

The common mental health condition that can affect anyone and create anxiety is how they look.