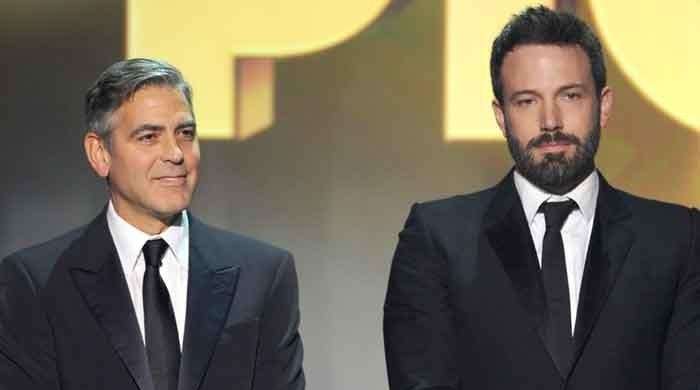 Superstar Ben Affleck is reportedly making efforts to get leading role in George Clooney’s next directorial The Tender Bar.

The dashing actor is in talks with the filmmakers to grace his talent in Amazon Studios’ big-screen adaptation of Pulitzer Prize-winning journalist J.R. Moehringer’s memoir.

William Monahan is penning the script, with Clooney also serving as producer on the thriller, alongside his Smokehouse Pictures partner Grant Heslov as well as Ted Hope.

The drama was originally at Sony Pictures, with Hidden Figures director Theodore Melfi attached to helm the project. The Oscar-nominated filmmaker later exited the film and the feature was snapped up by Amazon Studios, who hired Clooney to direct.

According to Deadline, Affleck, Clooney and Heslov have been hoping for the reunion for years. It added that when Clooney landed the directing gig, Affleck was high on his list to front the tale.

The 48-year-old actor also set to direct ‘The Big Goodbye’, which depicts the making of Roman Polanski’s 1974 classic ‘Chinatown’.

‘The Tender Bar’ will reunite Ben Affleck, George Clooney and Heslov. The trio previously worked together on the 2012 drama Argo, which won them the Oscar for Best Picture.