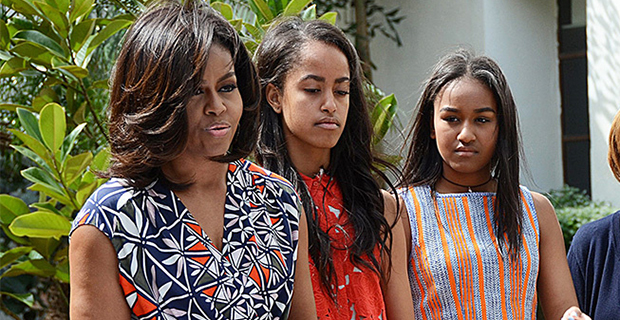 Michelle Obama says she’s worried about her daughters’ futures in an America mired in systemic racism.

In an interview with CBS’ Gayle King (a friend of both Oprah Winfrey and Meghan Markle), the former First Lady spoke about Derek Chauvin’s conviction of the murder of George Floyd.

“We know that while we’re all breathing a sigh of relief over the verdict, there’s still work to be done,” Mrs Obama said.

“And so we, we can’t sort of say, ‘Great. That happened. Let’s move on’. I know that people in the black community don’t feel that way because many of us still live in fear.”

She admitted she was anxious about daughters Malia, 22, and Sasha, 19, learning to drive and going out on their own.

“They’re driving, but every time they get in a car by themselves, I worry about what assumption is being made by somebody who doesn’t know everything about them,” she said.

“The fact that they are good students and polite girls, but maybe they’re playing their music a little loud. Maybe somebody sees the back of their head and makes an assumption.”

Four unarmed black people have been killed by police in 2021 alone.

The officer who shot Daunte Wright in April claimed she had meant to pull out her Taser. In the previous month Marvin David Scott III died after being pepper sprayed and restrained with a hood.

Both Patrick Lynn Warren Sr. and Vincent “Vinny” M. Belmonte were shot dead by police officers in January of this year.

“Like so many of you, I’m pained by these recent tragedies,” Mrs Obama said on social media in the wake of Mr Floyd’s death almost a year ago, which sparked a summer of protests and the resurgence of the Black Lives Matter movement.

“And I’m exhausted by a heartbreak that never seems to stop.”

On a more personal note, the Obamas have just said goodbye to their beloved dog Bo, who died from cancer earlier this week.

President Obama wrote on Twitter: “Today our family lost a true friend and loyal companion. For more than a decade, Bo was a constant, gentle presence in our lives – happy to see us on our good days, our bad days and every day in between.

“He tolerated all the fuss that came with being in the White House, had a big bark but no bite, loved to jump in the pool in the summer, was unflappable with children, lived for scraps around the dinner table and had great hair.

“He was exactly what we needed and more than we ever expected. We will miss him dearly.”

Charlize Theron Urges To Be A Nasty Babe In Films

Melania Trump ‘counting down the minutes to divorce’, former aide claims after defeat