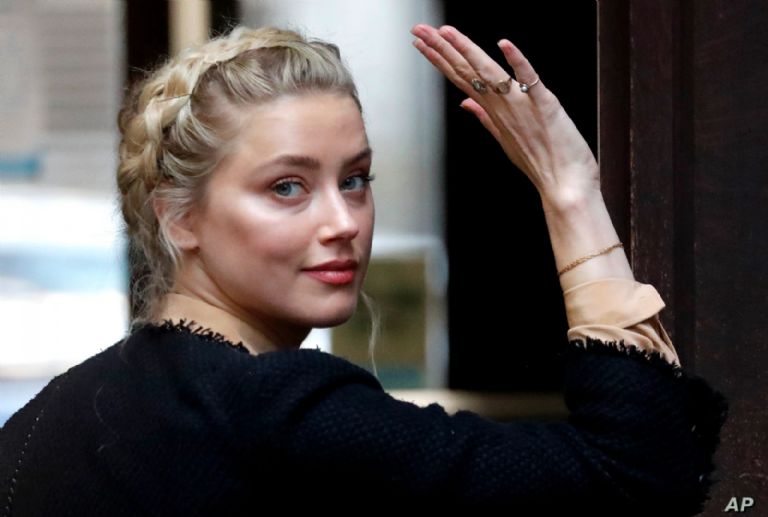 It’s Amber Heard’s birthday today, and we decided to celebrate it by talking to you about the time she gave a flying f*ck to the opinions of others. While the actress is still making headlines for her bitter relationship with ex-husband Johnny Depp, there was a time where she was in the news owing to her s*xuality.

Though the actress hasn’t identified herself as bi, she had once opened up about the advice people gave her when she was deciding on talking about her s*xuality. Read on to know all she had to say.

In a conversation with Allure in November 2017, Amber Heard opened up about people advising her not to come out of the closet regarding her s*xuality. The Aquaman actress told the magazine, “I like who I like.

I happened to be dating a woman, and people started taking pictures of us walking to our car after dinner. I [was] holding her hand, and I realized that I have two options: I can let go of her hand and, when asked about it, I can say that my private life is my private life. Or I could not let go and own it.”

Talking about the advice people she knew gave her, Amber Heard said, “Everyone told me: ‘You cannot do this.’ I had played opposite Nicolas Cage [in one movie], and in another I was playing opposite Johnny. And everyone said, ‘You’re throwing it all away. You can’t do this to your career.’ And I said, ‘I cannot do this any other way. Watch me.’”

The Rum Diary actress further added that ‘these people’ even pointed out that no other working romantic lead had ever spoken about their s*xuality in the open. She said, “I didn’t come out. I was never in. It’s limiting, that LGBTQ thing. It served a function as an umbrella for marginalized people to whom rights were being denied, but it loses its efficacy because of the nuanced nature of humanity.”

Amber Heard added, “As we become more educated and expand the facts of our nature, we keep adding letters. It was a great shield, but now we’re stuck behind it. It’s so important to resist labels. I don’t care how many letters you add. At some point, it’s going to spell ‘WE ARE HUMAN.’”