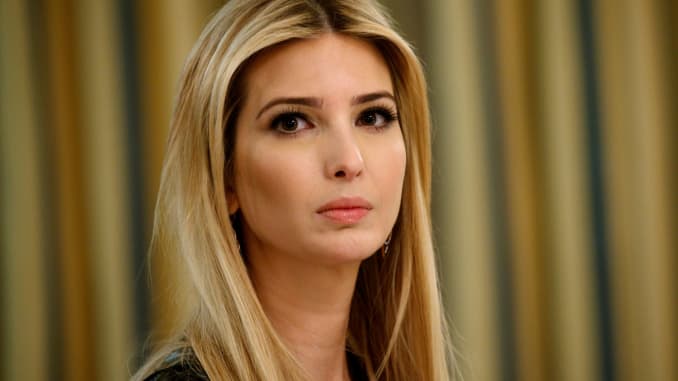 “I think it’s past time that one of the many critics from Ivanka’s childhood comes forward—if only to ensure that she really will never recover from the decision to tie her fate to her father’s,” Lysandra Ohrstrom, a freelance journalist, wrote in the piece published Tuesday.

Ohrstrom said that she and Ivanka Trump first met in seventh grade when they attended the Chapin School in Manhattan. The two remained friends into adulthood, and Ohrstrom served as the first daughter’s maid of honor at her wedding to Jared Kushner in 2009.

“When Ivanka joined her dad’s administration, I was sure she would step in to moderate her father’s most regressive, racist tendencies—not out of any moral commitment, but because caging young children and ripping up global climate agreements was not a good look in the halls of Davos,” she wrote.

“Instead, I’ve watched as Ivanka has laid waste to the image she worked so hard to build. In private, I’ve had countless conversations with friends who also grew up with Ivanka about how appalled we are that she didn’t publicly oppose Brett Kavanaugh’s Supreme Court nomination, or any of her dad’s especially repugnant policies,” she added.

One segment of the piece also received harsh pushback on social media, after it was picked up by other outlets, for describing that Ivanka Trump allegedly once “blamed a fart on a classmate.”

“One of the earliest memories I have of Ivanka from before we were friends is when she blamed a fart on a classmate. Some time later, she goaded me and a few other girls into flashing our breasts out the window of our classroom in what has since been labelled the ‘flashing the hot dog man’ incident in Chapin lore. Ivanka had basically been the ringleader, but she pleaded her innocence to the headmistress and got off scot-free. The rest of us were suspended,” Ohrstrom wrote.

The Daily Mail ran a headline on the claim reading, “Ivanka Trump ‘blamed a fart on her classmates when she was a bratty teenager’ and creepy Donald commented on her friends’ weight, former ‘best friend’ claims,” which sparked outrage online.

This is the lamest exposé ever published, and everyone who works at @dailymail should be embarrassed by it. https://t.co/cR9W5cCDwN

The media is composed of smart, interesting truth tellers who are vital to our stuff https://t.co/Lkq7dBanfT

Honestly I didn’t think the media could embarrass itself any more than it already had, but it found a way. Amazing. Almost inspiring, in a weird way. https://t.co/aNajb9cM8a

“Whether Ivanka is able to rehab her stained image or not, I hope she wasn’t able to drown out the applause of the city she once aspired to rule, cheering and celebrating her political downfall. I was with them, crying with relief, matched only by the regret and shame I feel for not holding my former friend to account sooner,” Ohrstrom concluded in the piece.