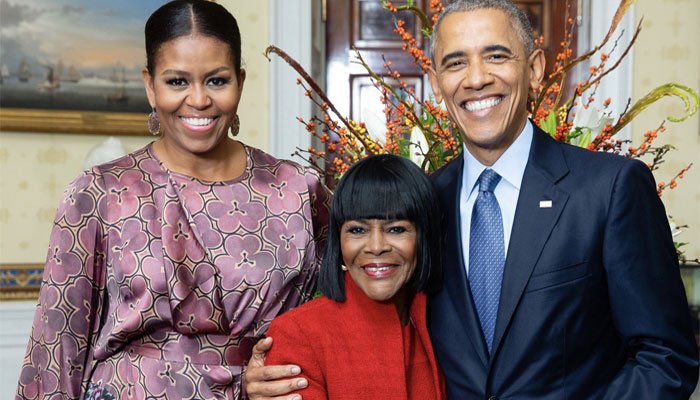 Former US president Barack Obama mourned the death of actress and fashion model Cicely Tyson, who died on Thursday at age of 96.

Obama took to his official Twitter handle and posted a throwback photo featuring Cicely and his wife Michelle Obama and said, “In her extraordinary career, Cicely Tyson was one of the rare award-winning actors whose work on the screen was surpassed only by what she was able to accomplish off of it.”

“She had a heart unlike any other—and for 96 years, she left a mark on the world that few will ever match.”

Michelle Obama also took to her Instagram and shared photos with Cicely and wrote, “What struck me every time I spent time with Cicely Tyson was not necessarily her star power—though that was evident enough—it was her humanity.”

“Just by walking into a room, she had this way of elevating everyone around her. She was the personification of beauty, grace, wisdom, and strength, carrying forward a flame that not only guided her for 96 pathbreaking years but lit the way for so many of us.”

“I’ll miss her dearly, but I smile knowing how many people she inspired, just like me, to walk a little taller, speak a little more freely, and live a little bit more like God intended.”

Twin Sisters, 21, Give Birth in the Same Hospital on the Same Day