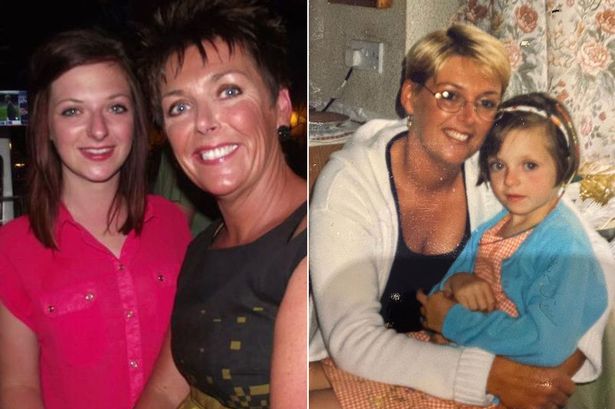 A mother with ‘big plans’ for the new year died just hours after testing positive for coronavirus.

Trish Wolfarth, 54, died with Covid – complicated by a number of other health conditions, including type one diabetes and pancreatitis brought on through alcohol dependency.

The “bubbly and outgoing” mother, from Litherland, Merseyside, died in Aintree Hospital on January 14.

Trish had also been diagnosed with bipolar disorder, but despite her health challenges, she was described by her daughter, Poppy, as a “bubbly and outgoing” person who had made lots of plans for the new year, reports the Liverpool Echo.

Poppy, 27, said: “My mum had been troubled for a long time but unfortunately she caught Covid and her body couldn’t cope.

“She was a type one diabetic as the result of being an alcoholic and a regular drinker.

“Unfortunately, over the Christmas period – and when the third lockdown was announced – she wasn’t in the best of mindsets and continually wasn’t looking after herself.

“But it made it very hard for her family and friends to look out for her because of the restrictions.”

Her mum lived alone but Poppy was only a few miles away and visited whenever she could. When she saw her mum on Christmas Eve Poppy said she was upbeat and seemed in good spirits.

She said: “She’d wrapped her own Christmas presents and made an effort. As you can imagine, with somebody who can be alcohol dependant, money is usually sparse but she’d really gone out of her way to get Christmas presents this year.

“She was doing really well and had so much to look forward to even though she had these bad bouts of depression she always got through them. She knew there was a light at the end of the tunnel.

“We used to say tomorrow is a different day and tackle each day as it comes. And she would wake up one morning and be her little self again – want to get up, go to the home and bargains and dust herself off and get back to life.

“She loved karaoke and going out singing. Adele was one of her favourites to sing to.

“She lived for getting dressed up on a Friday night, going down the pub and seeing friends.”

Trish was admitted to Aintree Hospital on January 12. Doctors were concerned about her diabetes and she had also become unwell with flu-like symptoms.

After testing positive for coronavirus on January 13, she died in the early hours of the following morning.

Poppy and her family, brothers Anton 25 and Ben 29, have set up a Gofundme page in memory of her mum.

They want to raise money for the charities that had helped her mum over the years such as the Swan Centre for Women, local food banks and other local mental health charities.

Poppy said: “She passed away in her sleep so I’m glad she wasn’t suffering and she didn’t know. That’s given me a bit of comfort.

“I wasn’t aware to the extent of how unwell she was, I just thought she had the flu. But unfortunately she was drinking and not taking her insulin.

“She would always try and pull the wool over my eyes with me being her daughter.

“She didn’t want me to know, even though I did know.

“She would try and keep me from whatever she was going through.

“I think that’s what mums do, they just want to protect their children.”

The funeral for Trish Wolfarth will take place at Thornton Crematorium at 10.30am on February 3.

How many died from flu in 2020? How it compares to coronavirus deaths