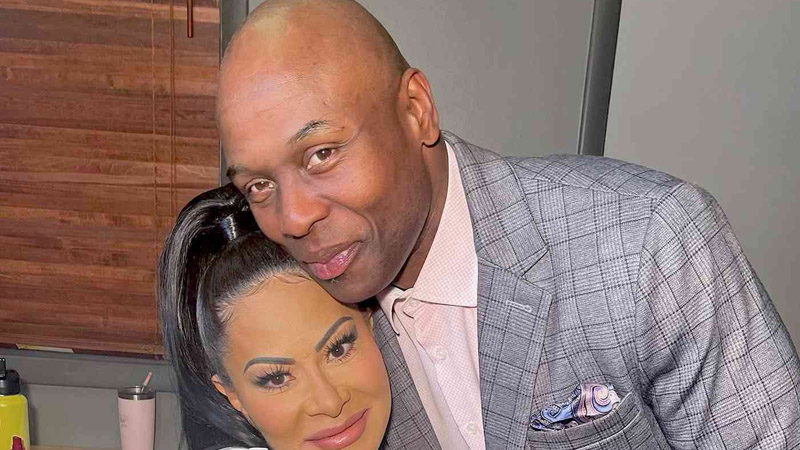 Jen Shah is making the most of her time as a free woman in 2023 before her life takes an unexpected turn. The Real Housewives of Salt Lake City actress flew to California to support her husband, Coach Sharrieff Shah, just days before she is scheduled to be sentenced for conspiracy to conduct wire fraud.

On Monday, January 2, the Bravo star, 49, shared two selfies from Pasadena on Instagram Stories. She was present at the Rose Bowl to witness the University of Utah take on Penn State. Sharrieff, who has been married to Jen since 1994, is the special team coordinator and cornerbacks coach at the Pac-12 school.

Jen is set to appear in court on Friday, January 6, nearly a year after being arrested in connection with a telemarketing operation that cheated hundreds of victims, the majority of them were over the age of 55. While both the reality star and his helper, Stuart Smith, first pleaded not guilty, they later changed their minds, according to US Magazine.

“From 2012 to March 2021 in the Southern District of New York and elsewhere I agreed with others to commit wire fraud,” Jen told Judge Sidney Stein in July 2022 when she pleaded guilty. “I knew this was wrong. I knew many people were harmed and I’m so sorry.”

Jen’s plea agreement called for a prison sentence of 11 to 14 years, but she has subsequently asked the judge for a three-year sentence. Last month, Sharrieff and the couple’s two kids, Sharrieff Jr., 28, and Omar, 19, sent letters on her behalf.

“Jen has never been arrested or detained for any crime. My wife’s current legal predicament was caused by a confluence of events that came together at various points, which caused her to spiral out of control,” the football coach wrote, alleging that strains on their marriage prompted his wife to “make catastrophically bad business decisions and develop relationships with awful people.”

Sharrieff Sr. continued: “Because of my absence, I was not able to see how badly my wife was suffering. As I think about it now, I saw her spending more time in our bedroom alone. She often fell asleep in our children’s bed waiting for me to come home. She would constantly tell me that she feels so alone.”

The government reacted to Jen’s request for compassion by recommending that she be sentenced to ten years in jail, claiming that her “belated expressions of remorse ring hollow” because she had maintained her innocence on RHOSLC and social media. Several victims’ impact statements were later made public.

“You sounded sympathetic and convincing, so I trusted you,” one alleged victim wrote. “I was such an idiot. The courts may have some form of punishment for the lawless activities that have been committed, but even when you have served your due punishment, whatever that may be, our God and heavenly creator of all things will be the one, in the long run, who you will truly have to answer to.”

Another person talked about their mental health problems after spending hundreds of dollars on bogus tutoring courses.

“Your sanity is in doubt, your confidence eroded, your independence, what limited amount there is, curbed and you can’t trust anybody,” the second victim penned. “You are not the same person you were before this experience. Whoever these telemarketers are, should cease stealing money and repay what they stole, and perform acts of restitution, such as living as we are, doing what we do with what limited resources we have, and paying for medical services, such as therapy or psychiatric meds.”